50 Shade of Grey director Sam Taylor-Johnson has promised fans the film will have a ‘Benny Hill vibe’.

Taylor-Johnson hopes to cast a portly, middle-aged man with round spectacles in the role of Christian Grey.

The director added: “We’re secured the music rights to Yakety Sax which will work perfectly for when he’s chasing the naked lady through his sex dungeon in a climactic slapstick chase.

“At one point they disappear behind a torture contraption, then come out on the other side with her chasing him in a brilliant switcheroo gag.” 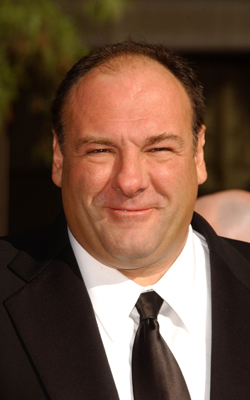 A SPATE of restaurant fires in Heaven has been linked to Tony Soprano.

The establishments were visited by the gangster immediately after his arrival, who commented what a terrible thing it would be if something happened to them.

St Peter said: Hes currently sat in shorts, watching the ducks fly below him and waiting for Tony Blundetto to turn up with the canoles.

Soprano is actually a very sweet guy but when I told him his mother was up here waiting to see him he went berserk before passing out. When it happened the Holy Ghost was all like hey, what the fuck?

Heaven is now heavily unionised, with several members of the choir of angels having been badly beaten after trying to cross a picket line.

Although still ostensibly the supreme being, its believed that God is running decisions past Soprano first.

All new entries into heaven have to be discussed in the back room of the afterlifes first strip club, The Ba-Da-Beatitude, with Christians that have paid their proper afterlife protection rates given preferential treatment.

The Pope is due to have a sit-down with Soprano later this week to agree a new crop of made saints, with a 57-year-old New Jersey man named Silvio a surprise candidate after making a truck full of fur coats miraculously disappear.

St Peter added: The advantage of him being here for all eternity is that hell never leave in a cut-to-black scene that really pisses us off.