The company admitted the guitar game had run out of options after the latest release featured random noises from a 1983 Motorhead soundcheck, a recording of Steve Vai cleaning his attic and Coldplay.

The franchise will finish with the release of next month’s Guitar Hero: That Bit Right At The End Of Hollyoaks.

Programmer Wayne Hayes said: “With Illegal Download Hero you play a bleary-eyed laptop jockey joylessly watching the progress bar on an album he doesn’t really want but has decided to steal anyway.”

The game will cost £185 as it requires a new controller in the shape of a limited edition PC, external hard drive and MP3 player, while a specially limited collector’s edition, priced at £250, will also feature a half-empty bag of Doritos.

Activision is also lining up a series of spin-offs including the Unreliable Broadband Edition and the Extradition to Sweden on Fraud Charges Edition.

The company also hopes to tempt its existing customers by including its trademark miniature plastic guitar that looks like it came from a paedophile’s ukelele collection.

Victory for common sense as clamper hung on a gibbet 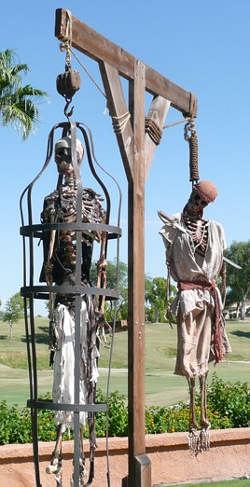 THE Campaign for Common Sense Clamping scored a fresh victory last night as a clamper was killed and his mutilated body put on display as a warning to others.

Hard-working teacher Nikki Hollis struck a blow for middle Britain after her car was clamped simply because she had left it parked overnight on two ambiguous yellow lines.

Within minutes a group of ordinary, hard-working Britons had come to her aid and helped her disembowel the clamper.

Hollis said: “I was crying because of getting clamped and a couple of men stopped to ask if I was alright. Before I knew it a helpful mob had formed, clutching boat hooks, bottles and bits of jagged, rusty tin.

“The clamper, who had been blatantly unresponsive to my pleas to stop putting a clamp on my car, changed his tune and started to beg for his life in a typically dishonest, slippery sort of way.

“He said he had kids but that’s just something they’re trained to say.”

Sick to death of this sort of thing, the crowd pinned clamper Stephen Malley to the road, whipped out his lungs and intestines and forced his still-twitching body into a cage that was then suspended from a nearby oak tree.

Ordinary disemboweller Tom Logan said:  “I did tumesce slightly in my pants as he begged for his life, but my wife has since reassured me that I’m not gay, I’m just aroused by suffering.”

Hollis said she was satisfied with the outcome, adding: “I’ve been clamped a few times and although it really ruins your day, I’ve always just paid up. It had never crossed my mind to kill them.

“I hope magpies take his eyeballs.”