Angry Putin to appear on Lorraine

A THOROUGHLY pissed-off Vladimir Putin is to reach out to Western nations for compromise by appearing on Lorraine, he has confirmed.

Following in the footsteps of other celebrities who have used the much-loved celebrities’ couch to clear their names, Putin plans to explain that this whole crusade to paint him as the bad guy is nothing more than a misunderstanding.

A Kremlin source said: “Putin will initially put up a bit of a front, acting the hard man to disguise the hurt inside. But under Lorraine’s soft-spoken Scots questioning he will soon crumble.

“He will confess that he is defensive because he feels the G7 looks down on him, and he is too insecure for democracy because what if the Russian people choose someone else?

“And he will explain that the invasion of Ukraine only seems bad because he is the target of cruel social media trolls. He will tearfully blurt out that perhaps he did the wrong thing but he was under tremendous pressure, like Little Mix’s Jesy Nelson.

“His warm-hearted host will naturally see his side of the story, comfort him, and suggest that perhaps if Ukrainian resistance fighters have been watching it might change quite a few minds.

“Then she will link over to Holly and Phil on the This Morning sofa, where Alison Hammond is exploring the crucial issue of whether flares are back.” 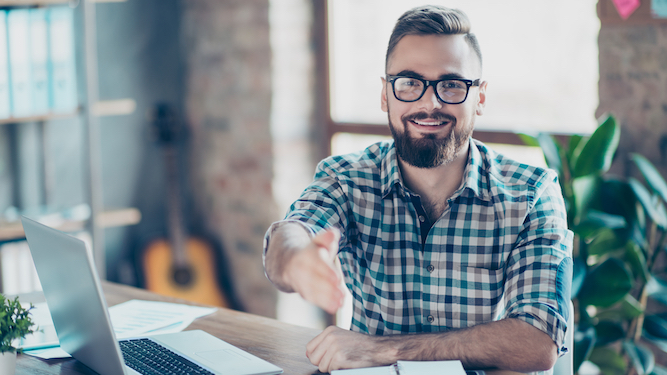 A COOL, disruptive start-up would like you to undergo a series of gruelling interviews and psychometric tests before being admitted to their ranks.

The company, which says it has a creative, agile culture and embraces innovative change, has made it clear you will not gain access to their chilled out environment unless you are precisely the right type of person.

Marketing executive Oliver O’Connor said: “First there’s the friendly pre-meet with HR, which is really 45 minutes of interrogation about your previous experience. Then there’s the manager interview with an hour of discussion about your motivation for wanting the role, during which nothing less than a messianic zeal for our marketing app will be good enough.

“After that you’ll spend eight hours of your own time on a simple strategic business plan and present it to a panel, where we give you viciously negative feedback to see how you take it. It’s all part of our commitment to openness and self-growth.

“Then there are the fun psychometric and verbal reasoning tests, followed by a final grilling by the Marketing Director where she looks perplexed that you’ve made it this far while you struggle to appear relaxed sitting on a bean bag.

“We’re not Google or Apple, but we’re trying very hard to position our brand to be just as as obnoxious as they are.”