BATMAN’S publishers have confirmed that he refuses to perform oral sex on his partners. And according to comics nerd Tom Booker, that’s just the beginning:

To begin with the obvious: of course he doesn’t. That’s not because he’s a selfish lover but for practical reasons; women famously take ages to orgasm and who knows what Bat-signals could be missed while Vicki Vale’s thighs are clamped over his ears? Gotham City must come first.

Superman can’t get it up

Superman’s kryptonite isn’t kryptonite but erectile dysfunction. Any man of his age, alien superbeing or not, will be deprived of his powers in the bedroom eventually. Of course it bothers Lois Lane, but like most long-term couples she’s learned to live with it by wanking furiously while he’s out fighting Brainiac.

The Hulk is a gentle, caring lover

Contrary to popular belief, one area where Hulk doesn’t smash is the bedroom. Even when Bruce Banner is hulked out and green he’s an amazingly tender lover who puts the needs of his partner first. The explicit love scenes Stan Lee put in early issues were sadly censored because society prefers violence.

Spider-Man roleplays as other heroes

Peter Parker has always had something of an inferiority complex. So when he’s in the bedroom he capes up as other heroes: genius of love Tony Stark, never-misses-the-mark Hawkeye, and Wonder Woman. He has a closet of outfits and trash-talks his own identity while in character. This isn’t something the Marvel films have dared tackle yet.

The bond between the walking tree and the talking rodent? Sex. Rocket finds fulfilment by grinding himself on Groot’s leg and his partner doesn’t mind a bit, even saying ‘Groot’ to help speed the climax. Rumour is he’s going to try it on Thor’s hammer in the next movie.

Means she’s got a clown fetish. To be honest that’s not really a secret. It’s in all the films. 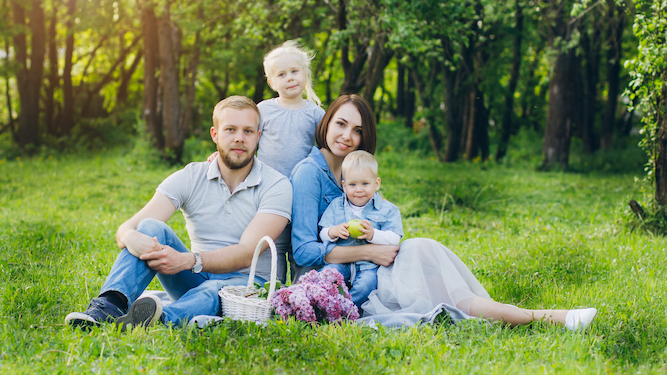 A MIDDLE-CLASS family are fuming about the top-of-the-range pizza oven, complete with brick surround, that they are currently having built in their garden.

The Logans have already paid over-the-odds for a large treehouse their children rarely use, a water feature that attracts rats, and a garden office pod too cold to be used nine months of the year.

Solicitor Tom Logan said: “Look at the f**king thing. Two grand that cost. And we’ll have to be out here cooking pizzas all bloody summer, too.

“Just because we drive an SUV and are proud MyWaitrose card carriers, there’s now this ridiculous expectation that we knead our own dough and have friends over for authentic pizza in our own bastard garden. Arseing hell.

“The bricklayer is dicking around royally with intricate patterns so we can one-up our friends and now he’s saying he wants to showcase the finished thing on his website. I can’t believe how hard our lives are.

“Christ, I’ll be here banking a fire for pizza while my builder neighbour relaxes in his hot tub, not even changing out of his trunks to collect their Domino’s order. It’s f**king shit being middle-class.”