THE BBC has revealed The Great British Bake Off is an ‘enormously dangerous’, population-wide experiment.

As Bake Off ‘fever’ peaked in advance of this year’s final, the corporation admitted the programme was developed by behavioural specialists at the Institute for Studies.

Institute director, Professor Henry Brubaker, said: “While the BBC knew the ‘show’ would succeed, it wanted to know why on earth that would be the case, and how many series it would take to turn Britain into a mess of gibbering idiots.

“We assumed the answer to ‘why’ would be, ‘because people are easily pleased’, but we discovered that Bake Off has a multi-layered ‘Oedipal’ dynamic – ‘mummy in the kitchen, lovely cake is for me, not daddy, kill daddy, eat cake’.

“That’s very dangerous, especially when combined with the everlasting childlike wonder at seeing a big spoon.

“As for the number of series it would take, the answer was, ’20 minutes into the first episode’. At that point we begged the BBC to stop and they told us to go to hell.”

He added: “Mel and Sue are Cambridge Phd students and the contestants are all actors – Tamal Ray was in a Homebase advert. Meanwhile Paul Hollywood and Mary Berry are actually Dr Brian Roberts and Professor Margaret Goodfellow.

Man staying late in office to imagine having affair 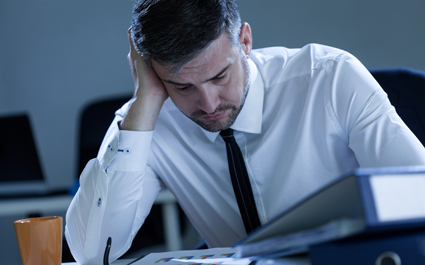 A MARKETING manager is staying in the office until 7pm every night to imagine the illicit thrill of having an affair.

Tom Logan of Reading is inventing excuses to work late and booking himself on weekend training courses to spend more time fantasising about his torrid sexual relationship with team PA Natasha.

He said: “I keep trying to end it, but the moment I’m in my office with the door closed I’m visualising Natasha in her pants with her hands all over me.

“My wife definitely suspects something, because I never let her near my mobile phone to see the many intimate texts I’m deluding myself are on there, and then there’s the lipstick and perfume traces I painstakingly apply.

“It’s so risky, but that’s what makes it exciting. The other day I thought I was alone when the door opened and I had to pretend I wasn’t pretending something was going on.

“Irritatingly, it was Natasha herself which completely snapped me out of the whole thing. I might have to fire her.”