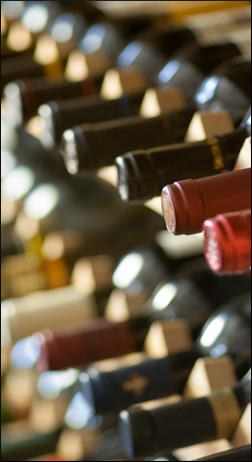 Frustrated by their continued awfulness, the Royal College of Physicians said the poor should be herded into long barrack huts in remote areas and surrounded by a large wooden fence so that affluent, middle class children will not be able to see them.

RCP president Professor Sir Denys Finch-Hatton said: "We've tried controlling their vileness with bans and taxes, but it's not working, so eventually we thought 'fuck it, let's just round them up'.

"This way they get to smoke and drink and stab each other with screwdrivers, while the rest of us get the peace and quiet we need to order a mixed case of some of that lovely New World stuff from the Sunday Times Wine Club."

He added: "If we leave them alone they should all die out within 10 to 15 years and then we can bulldoze the camps and build luxury hotel golf complexes and riding schools."

Julian Cook, a GP from Newark, said: "You see, you're not a doctor so you don't meet many of them, but they are disgusting.

"They smell of cigarettes and cheap food and sit there with their horrible, ugly, diseased children, wheezing all over my nice cords.

"You'll be talking to one of them and all of a sudden it'll starting hacking up great gobs of phlegm. That really, harsh rasping noise, as if they're about to turn themselves inside out."

Norman Steele, a family doctor from Hatfield, said: "They all fight over the celebrity magazines while the untouched copy of National Geographic just sits there in the corner, staring at me as if to say 'let's run away together'.

"I dream that one day me and the National Geographic will get into my Audi, drive to the Cotswolds and set up home in a lovely little village full of rich, healthy people who will pay me a hundred grand a year to chat."

He added: "I really don't see why this has to be a big deal. It's just a few camps, a bit of barbed wire, maybe some dogs. No-one's talking about gassing anyone. Not at this stage."