THE BBC has unveiled a new drama which promises some of the most clearly-spoken action ever seen on TV.

The Enunciators, which stars properly educated actors Rupert Penry-Jones and Tom Hiddleston as police investigators without a hint of a regional accent, will follow a murder investigation where everyone explains everything to everyone else throughout.

Characters will speak directly to camera to make lip-reading easier and will announce their emotional states by writing them on large signs.

A BBC spokesman said: The Enunciators features the most unambiguously-articulated action on British television.

Set in a bucolic Kent village where everyone pronounces their words correctly and no post-Shakespearean slang is used, the show is perfect for anyone sick of mumblers, Northerners, Scots and the Irish.

Pensioners and the inattentive have welcomed the show, particularly the recaps at the beginning of each episode which are screeched at ear-splitting volume by former T4 presenter June Sarpong.

Denys Finch-Hatton, of Tewkesbury, said: The problem isnt that I set an arbitrary volume level on my TV which I refuse, as a point of principle, to go past.

The problem is that these regional actors havent bothered learning their lines and think they can get away with it by talking into their chests.

And you cant get subtitles now theres no Ceefax. Pressing 888 just changes the channel to Psychic Today.

You should have heard some of the other poster ideas, says Farage 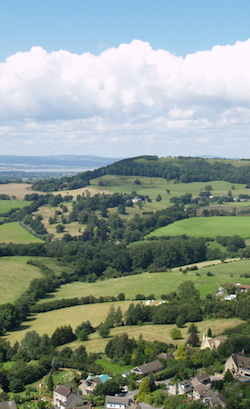 UKIP leader Nigel Farage has rejected criticism of the partys latest poster campaign, assuring people they have absolutely no idea.

He said: One of them suggested me in a paramilitary uniform standing on top of a mountain, with the slogan, Men of England, Touch My Destiny.

There was also the man snatching a baby from a pram, with the instruction that he look very obviously semitic.

Then there was the pile of skulls.

The person who sent that one in writes everything in capital letters and suggested we POSITION IT OUTSIDE PRIMARY SCHOOLS.

Meanwhile, another member suggested a simple photo of a fully-erect black penis, but with no slogan, insisting the image encapsulates absolutely everything we are trying to say.

He added: These aren’t necessarily bad ideas, but they are bold and I just dont think were quite at that stage. Perhaps next year. Well see.

Mr Farage also revealed the partys next set of posters will include a swarthy looking man in a dirty vest, a man with a Union Jack painted on his face, blowing his brains out, and an array of suspicious-looking tropical fruits with the slogan Mangoes? Papayas? Whatever Next?.