THE BBC has a roster of seven different David Attenboroughs they edit together to make his programmes, they have admitted.

The veteran presenters are each used for different sections of a programme, rotated at intervals of between 20 minutes and an hour, and are made to look like a single presenter in the cutting room.

“They’re driven from location to location in a special minibus with blacked-out windows and are fed from a large trough to reduce overheads.”

Shaw added: “No, I don’t think we’re deceiving the viewers. We’re using multiple Attenboroughs to create the concept of a single Attenborough because it’s the best way to involve audiences in the stunning story of an Attenborough’s fascination with the natural world.

“Oh Christ they’re hooting. One of them must have sneaked an interesting mammal into the minibus. We have to rescue it before they narrate the shit out of it.”

Posh boss casually admits he has never been to the North 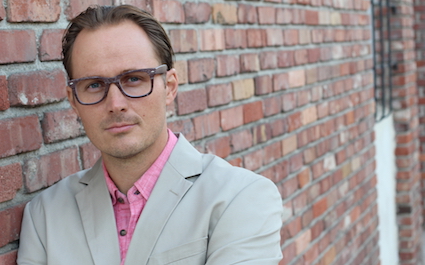 A PUBLIC-SCHOOL educated boss has casually admitted that in his 43 years he has never visited the North of Britain.

Julian Cook, who lives in London, joined an office conversation about York and said that even though it was in the North, his friend Tamzin had told him it was actually of significant  architectural interest.

Colleague Mary Fisher said: “Then he said, ‘Of course I’ve never been further than Rugby. I once considered Old Trafford for an Ashes game but I’ve heard things about the women.’

“We discussed the fact that – since I started here – he’s been to Bahrain, Italy, Uruguay, Kenya twice, Hong Kong and the US but never to a large region of his own country, and he replied ‘I honestly didn’t know there was anything there to see.’

“Then he said, ‘Are all the houses in those rows, or are there proper ones as well? And I do prefer green countryside. I’d miss that up there. I think it’s the better type of countryside to have.’

“He wouldn’t commit to an actual visit, no matter how highly we sung its praises. He seems to suspect we’re trying to trick him.”

Cook said: “They are oddly convinced of its merits. Perhaps when I’m flying up to Scotland for the grouse shoot in May, I’ll take a little look out of the window.”