Berry awards Bake-Off prize to herself

MARY Berry last night declared herself the winner of The Great British Bake-Off.

The veteran cake judge said she was ‘obviously much better’ than any of the contestants, who she dismissed as ‘an utter waste of everyone’s time’.

When producers told Berry she could not award the prize to herself she told them to ‘just give it to whichever one of these idiots looks most like me’.

The prize was then awarded to 60 year-old Nancy Birtwhistle, who immediately turned to Berry and said: “If I kill you, do I become you?”

Berry said: “I hate this job.” 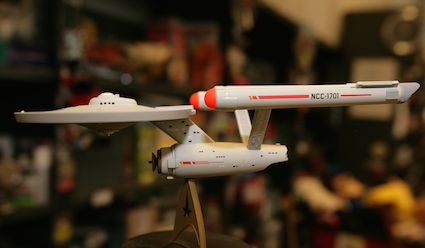 UKIP is to use its election war chest to produce a Star Trek film about the failure of galactic multi-culturalism.

Star Trek: Repatriation will tell the story of Captain John Beef and the crew of the USS Barnes Wallis as they destroy the United Federation of Planets for its own good.

UKIP leader Nigel Farage said: “We have millions of pounds in the bank, so that means it’s time to make a movie.

“I’m a huge fan of the Star Trek franchise but it’s never really tackled the issue of Federation bureaucrats and visas for Klingons.”

The film begins with Captain Beef feeling uncomfortable on a hover-bus because everyone is speaking Ferengi.

Farage added: “When he gets home he realises some Borg have moved in next door.