THE laboratory in hit TV series Breaking Bad was actually making crystal methamphetamine, it has emerged.

DEA agent Tom Logan said: “Talk about hiding in plain sight. Every week these guys were on our screens, boasting about the purity of their meth and how much ‘cheddar’ they were making.

“We thought it seemed pretty realistic, and that the meth in the series looked very much like the incredibly high quality crystal we started seeing on the street when Season One first aired.

“That guy who plays Walter White, I just knew he was sneaky in real life. When he narrows his eyes like he does, you can see he’s pure evil.”

However the cartel behind Breaking Bad is threatening to issue spoilers for the series finale if charges are pressed.

Agent Tom Logan said: “I’m torn, because on the one hand these guys were singled-handedly fuelling the New Mexico meth trade.

“But as a viewer I’ve invested a lot of time and energy in that show. If you put aside the legal aspect it’s still the best thing on television by a million miles.

“Apparently the writing team were all on crystal meth, it’s why the plotlines are so brilliantly packed with tension.” 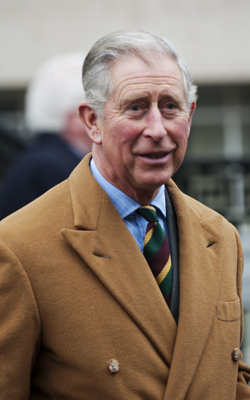 PRINCE Charles believes ‘Mother Nature’ and his mother the Queen are the same thing, it has emerged.

The Prince’s belief in his parent as an all-powerful elemental force became apparent during last night’s Countryfile.

Speaking on the programme, Prince Charles said: Every time the grass grows, or a bunny skips about, thats mothers doing.  Frankly Im not sure how she does it, especially with all those state visits she goes on.

We must pay our respect and reverence to her, she’s a great deal more powerful than we are.  She can make an oak tree grow out of your stomach just by looking at you.

Presenters Matt Baker and Julia Bradbury looked uncomfortable as the Prince bowed to a hawthorn bush and winked at a squirrel.

When asked about the weather, Charles replied: Thats all mothers doing as well.  It was all over the place last week, but of course that’s because she was mostly on the toilet.”

He added: Mother Natures not going to last forever, and then of course Ill take over.

“Ill need your help at first, until Ive got to grips with all the cloud machines and worm schedules.

Things will be a little different when Im in charge. Therell be apples the size of footballs, and all the weasels will learn to dance.