FANS of unforgivable shit have been given a chance to hand in their CDs.

In a joint project between local authorities and the police, all music made in the last 15 years can be disposed of without resort to the Roxette Directive of 1991.

Music fan Roy Hobbs said: “I’ve had a couple of 5ive albums in the basement for years but I never thought they’d do any harm.

“I now realise that if they got into the hands of an uneducated teenager it could lead to a reunion and a reality show about the reunion. Or am I already too late?”

Hobbs added: “That said, they can have my Stereophonics albums when they claw them from my cold, dead hands.”

Hoarding of dangerously terrible music has become exponentially easier because of downloads, but attempts to control it have been opposed by militant Coldplay campaigners.

Civil liberties groups have also argued that, while owning every Robbie Williams album is abhorrent, it may also be an infringement of human rights to kick in your front door and melt them in front of your eyes with a blowtorch.

Music Enforcement Officer Tom Logan said: “If you listen to Abba because they’re good that’s fine, but if you’re doing it ironically then we’re coming for you.

“And because of the music involved it can’t be a 100 per cent ‘no-fault’ amnesty. Some people may be given a Chinese burn.” 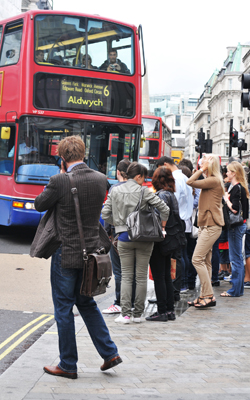 PLANET Earth is celebrating after a major breakthrough in its battle against the deadly humanity virus.

Earth has spent millions of years trying to eradicate the bipedal plague that had been multiplying uncontrollably on its surface.

Humanity had developed a resistance to custom-made diseases like the plague, but Earth believes this has almost been overcome.

The planet said: “Beating antibiotics is a big breakthrough and I’m really excited about getting rid of these fuckers.

“I had hoped that we could co-exist but then they started drilling into my crust and it was really incredibly itchy.

“I’ve developed these kick-ass new bacteria, they kill humans in the most horrible ways imaginable with loads of spurting and wailing.

“But you can’t be sentimental about it, it’s not like they’re fully sentient or anything.”

Earth added: “Apparently not all humans are bad. The right sort of ‘friendly humans’ can contribute to a healthy ecosystem.

“You get them in special yoghurts.”