TWENTY years ago you would have leapt from a moving train to see Britney Spears topless, boobs covered only by her hands. Now you scroll past it. And these.

A mate who’s on coke

Time was you’d see James going to the gents every 15 minutes and be buzzing around him, his best mate, gagging for a line. If you see it today, you think ‘Ah shit. James is going to be a prick tonight.’

Back in the early aughts Britney topless was a holy grail. We had to settle for Christina Aguilera in FHM even though we knew it wasn’t the real thing. Now she’s topless so often you’ve unfollowed her Instagram.

You spent hours in HMV browsing DVDs, building up your own personal library of your favourite films and comedy. Now they just clutter up charity shops and get ignored at car boot sales.

Going back 30 years if a limo passed you would genuinely wonder what celebrity was within. Today you don’t even look up at the prom-going 16-year-olds or hen party.

Strange lights in the sky

What can that unidentified flying object be? An alien? Should you call the X-Files? No. It’s some dick with a drone.

Nicholas Cage in a film

The late 90s? Cage was in classics. The Rock, Con Air, plus he still had that Best Actor Oscar swagger. If you see his name on a film today, you shudder.

An arcade at the seaside

You spent your childhood in arcades watching agog as other kids played Spy Hunter. Even 20 years ago you’d shove a quid in Time Crisis III. Now? They’re full of upscaled games you play free on your mobile. It doesn’t make sense.

Once, you and everyone else at your school stayed up until 3.40am for Naked Yoga, which was as unarousing as it sounds. Now you flick past Naked Attraction night after night, jaded at the thought of seeing yet another penis on your telly.

The misogynist's guide to women's football 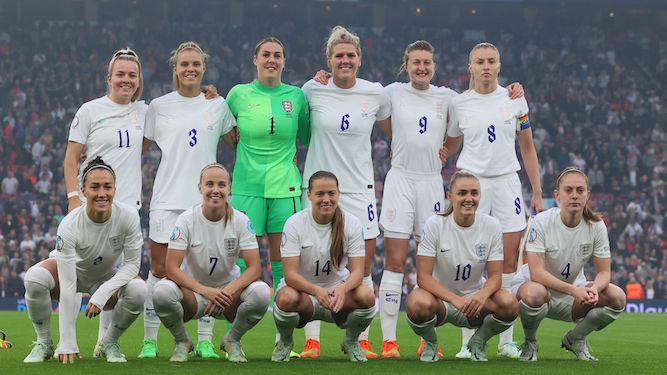 THE Women’s Euro 2022 is here, leaving many men bewildered and intimidated. Here old school sexist Roy Hobbs explains what it’s all about.

In this day and age women reckon they have to get in on all the stuff that should be reserved for men, like politics, sport and driving cars. It’s political correctness gone mad to let them play the beautiful game, but that’s what you get for welcoming cultural Marxism into our country.

The rules are pretty much the same as for the proper men’s game and they can even understand the offside rule. Matches are still 90 minutes long, which surprises me as you’d think they’d get tired quicker. I suppose all that washing, ironing and cleaning must have built up their stamina.

They don’t understand how to dive

We men know that rolling around on the floor in agony when you’ve been tackled is an important part of the game. Women don’t do this so much, but I guess when your sole purpose in life is to push massive babies out of your fanny you probably have a high pain threshold.

Matches happen in the evenings

I thought they’d play the games in the afternoon before school pick-up time but in fact a lot of the games are evening kick-offs. God knows how they manage to do dinner and wash up beforehand. I guess their husbands are just really supportive and let them do it after they get back from the match.

They don’t understand our noble tradition of losing

England are host nation and one of the favourites to win it, and actually the women’s team do way better in competitions than the men ever have. But that’s because they don’t understand that football isn’t about winning, it’s about men being allowed to get emotional and have an excuse to cuddle each other without worrying about looking gay.