CLIPS from The Hobbit have revealed that the film will be ludicrous, childish, and completely made-up.

Critics have focused on the stupid little characters with hairy feet, the wizard with the big beard who looks like Santa playing cricket, and Ye Olde England dialogue which makes everyone sound like they are waiters in an animatronic Disneyworld Stonehenge-themed restaurant.

Film critic Tom Booker said: “Remember those kids who played Dungeons & Dragons and spent every night pretending to be barbarian warriors and every lunchtime getting their faces rubbed in gravel?

“Well, this film is for them. It’s a stack of complete bullshit.”

He added: “I recommend all grown-ups to watch Game of Thrones on the telly instead, which is much the same but with loads of fucking.”

Emma Bradford, of Ain’t It Cool News, agreed: “Fans of hairy characters in leather walking through fields and forests should buckle up because there’s more on the way.

“Everyone else should go and watch a proper film with gunfights and car chases instead of swords and horses and dickhead names like Rivendell and Elrond.”

“Don’t worry, we’re doing a special thing where we run the film at twice the speed so at least it’ll be over quickly.” 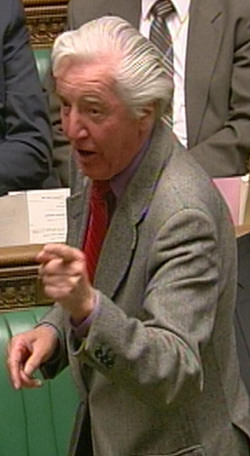 DAVID Cameron rounded off his spirited performance in the Commons yesterday by smacking a vagrant in the throat.

After asking Dennis Skinner to die and telling Margaret Hodge that she looked like an old man, the prime minister stormed out of the Palace of Westminster and assaulted the first available tramp.

Tory backbencher, Martin Bishop, said: “He ran over to this thin, shabby looking person and just went absolutely fucking mental on him while shouting ‘point of order! point of order!’ in a manic, high-pitched voice.

“George Osborne was sobbing and telling him to stop but he wouldnt listen and just kept raining light slaps on the homeless chap’s face until he was exhausted.”

Downing Street has now asked the Speaker if Prime Minister’s Questions can be renamed ‘The Prime Minister Calls You an Arse’ while all official statements from Mr Cameron’s office will now begin with ‘Listen, fuckface’.

Bishop added: “It’s not that I’m worried the government is struggling to regain its authority, it’s that the prime minister seems to be having a nervous breakdown.”

A Downing Street spokesman said: “The prime minister will continue to have a nervous breakdown in order to maintain Britain’s cherished triple-A credit rating.”