JEREMY Corbyn was the main baddie in a Roger Moore-era James Bond film, it has been revealed.

The Labour leader appeared under the alias Snake-Eye Gardner in Nobody Lives Forever, the 1976 film in which Moore battles a rogue Communist arm of MI6.

Daily Telegraph film critic Julian Cook said: “We didn’t recognise him because he doesn’t have the solid sapphire eye he has in the film – stolen from the Crown Jewels, and of course used to focus his laser – but it’s him alright.

“At the beginning you think he’s a new, uncharacteristically scruffy, MI6 head who dispatches Bond to Uganda for a mission that turns out to be a trap, then you realise he’s SPECTRE and he’s brainwashed the agents.

“Bond, accompanied by the glamorous Suzee Bayb, tears open Corbyn’s knitted pullover to reveal a Che Guevara t-shirt while quipping ‘You can’t pull the wool over my eyes,’ then shags the girl while Corbyn gets away.

“In the big finale Corbyn unveils his plan to fake evidence of global warming, paralyse industry and destroy capitalism, but instead Bond shoots him and quips ‘You’re a good Commie, now you’re a dead one,’ and shags the girl again.” 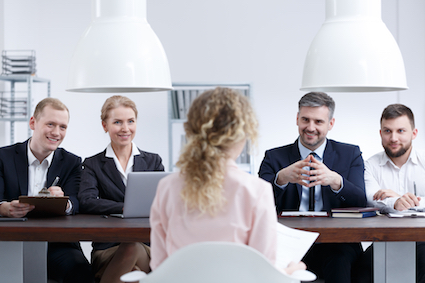 BEFORE  they commit to a job prospective employees will be told how many twats work in the office.

Working with a twat can be costly, inefficient and emotionally distressing which is why companies are being asked to disclose their twat quotient.

Prospective employee Emma Bradford said: “I just applied for a job I really wanted but during the interview I got a sneaking suspicion the boss might be a total arse.

“He had a framed picture of a convertible Audi on his desk but worse he started assuming things about me like some sort of fucking Greek oracle in a Moss Bros suit.

“He asked me if I had children to which I replied, ‘one.’ He then told me I’d want another child soon and left it hanging in the air as if I was about to confess my life plans like a guilty secret.”