BANKSY artworks are being removed by councils who had no idea they were allowed to just paint over them.

The stencilled pieces are being buried forever under several coats of municipal beige to the delight of local communities.

Peterborough councillor Roy Hobbs said: “We had this one of a rat eating McDonalds on the town hall, apparently a critique of late-stage capitalism, which I hated but thought I was powerless to remove.

“But Clacton has shown we can just paint over this sixth-form debate society bollocks with no consequences whatsoever. So it’s gone, gone, gone.”

Banksy has responded with a new piece showing a dog urinating on the Mona Lisa which was visible for less than five seconds in a Southwark underpass before being destroyed forever.

Human rights laws to be replaced by gut instinct 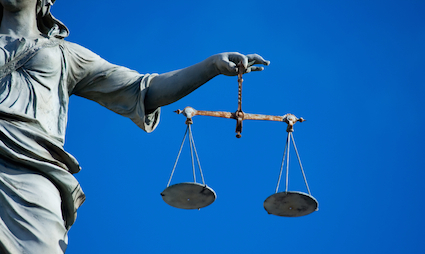 BRITAIN is to scrap all human rights laws and just go with its gut.

The government insisted that human rights legislation had failed because it protects people who look a bit dodgy.

A Home Office spokesman said: “You know how sometimes you just look at someone and think, ‘yeah, I’ll bet that bugger’s up to all kinds of shit’? And how often are you wrong?

She added: “And we can all take it in turns to be ‘The Judge’ because we all agree on who’s nice and who isn’t. You could get it all done by lunchtime.”

The government confirmed it was now looking forward to Britain testing its gut instinct on an exciting range of Muslims, Bulgarians and hippies.