POPE Francis is under medical supervision after claiming he is in contact with angels.

The Pope, who leads more than 1.2 billion Catholics worldwide, has been forced to cancel all public engagements while undergoing psychiatric tests.

A Vatican spokesman said: “For a man in his position to believe he is contact with a supernatural community of giant fairies is clearly very worrying.

“Apparently he bases all his decisions on one very old book which he claims holds the answers to everything.

“I asked what it said about repairing the carburettor of a 1965 Fiat 850 and he went blank, so there we are.”

There are no records of temperatures, Met Office admits 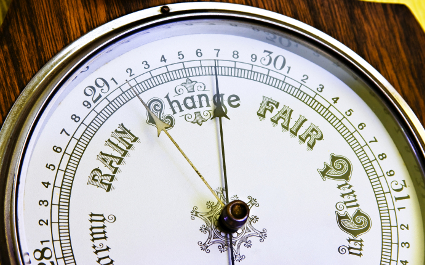 THE Met Office has admitted it does not keep weather records because it seemed like a really boring thing to do.

Staff confessed when a graph of September temperatures since 1974 was found to exactly match Nutella sales figures for the same period.

A Met Office spokesman said: “When we say ‘since records began’, note that we don’t specify when.

“Those records are, and always have been, a single sheet of A4 by the phone in the break room where we try to write down if it was raining last week or whatever. Though mostly we forget.

“If you’re really that interested, there’s nothing to stop you writing the temperature down yourself.”