PINK Floyd legend Dave Gilmour is to explore his son’s defilement of the cenotaph with a rock opera that will last for about two days.

Gilmour said the only way he could begin to understand son Charlie’s actions was through the power of his dreary music that never seems to end.

The opera, entitled We Are The Cenotaphs, will be a conceptual exploration of what it means to be a large block of stone with some flags attached to it.

The lead character will be an ordinary cenotaph called Bob who will write long, anguished letters to other cenotaphs in cities across the world who, in turn, will share their experiences with him.

According to Gilmour the opera will have virtually no lyrics as the cenotaphs will communicate with each other using only guitar solos.

Describing the show as a ‘slightly shorter version of Dark Side of the Moon‘, he added: “When Charlie said he didn’t even know it was the Cenotaph, I knew there was only one way I could explain it to him. Well, actually, there were two ways, but the other one didn’t need guitars and massive, inflatable cenotaphs.

“I’ve already written two songs. One is called Stop Swinging on My Flags, Charlie and the other one is called Remembrance Sunday. That one’s about nine hours long. So far.”

But Gilmour has also blamed himself admitting that he should probably have stopped sitting in one of his vintage Ferraris for abut 20 minutes to explain the concept of ‘means testing’ to his wayward son.

Tom Logan, a man with an opinion from Stevenage, said: “I was of course appalled and angry to see this young hooligan swinging from the cenotaph like a be-Doc-Martened gibbon, but I think having to listen to anything by Dave Gilmour is punishment enough.”

Cowell Changing UK Law At Will 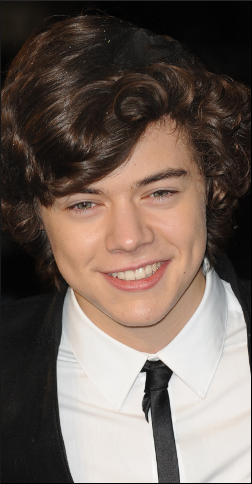 SIMON Cowell has announced early release for prisoners who pledge to buy One Direction’s debut CD, as he begins to overhaul Britain’s statute book.

The nation’s most powerful man negotiated the programme with justice secretary Ken Clarke in exchange for a go in the X Factor helicopter and a good chimping from Matt Cardle.

Convicts of all grades will be shipped to their nearest HMV next month, on the as-yet-unconfirmed release date of the boy band’s self-titled album.

They will have the option to purchase the minimum of one CD and a poster, or to return to incarceration but with their beds replaced by a large homosexual filled with angry lust.

Legal expert, Nathan Muir, said: “This will outrage the moral sensibilities of any right-thinking person. But I’ve just checked the latest law books and they appear to contain nothing but pictures of Simon Cowell grinning archly with his arms folded.”

Plumber Nikki Ellis said: “This is bad, but it’s probably just meant to divert us from the really important injustice of Mary Byrne not going through to the final.

“I’m much more angry about that, because I am a self-styled real woman and as such identified closely with her.”

Convicted double murderer Roy Hobbs said: “This is a really good situation for me as I actually like One Direction. Harry is my favourite, He has a cheeky grin and eyes the colour of garnets.”