David Cronenberg steps down from Eastenders

THE BBC last night said it had no regrets after placing veteran film-maker David Cronenberg in charge of Eastenders over the festive period.

The creator of Scanners, Rabid and The Fly, directed the Christmas and New year episodes of the popular drama, giving millions of viewers the opportunity to consider suicide after filling their front rooms with sick.

A BBC spokesman said: “David Cronenberg’s Christmas Eastenders was without doubt the highlight of our festive schedule.

“The moment when Kat Slater’s baby turned itself inside out and then vomited boiling black shit over everyone was reminiscent of the great Morecambe and Wise specials of the Seventies.

“And changing the title sequence to show an unidentified, dark green pus oozing across east London was everything Christmas television should be.”

He added: “We’re sure that these episodes have left behind a great many screaming, wide-eyed memories that people can cherish until they finally summon up the courage to kill themselves. Possibly next Christmas.”

Cronenberg said: “Samantha Womack is such a beautiful woman that I simply had to turn her into a nine foot tall armoured stick insect that bit the heads off dogs and spat them directly into the camera.

“I hope that from now on, whenever anyone hears the Eastenders theme tune, their vision will narrow down to a pitch black tunnel and their head will be filled with the desperate screams of a terrified child.”

Meanwhile the BBC spokesman dismissed complaints about the episodes, adding: “Angry, sadistic misanthropy is a very relevant issue in Britain.

“Particularly amongst people who watch Eastenders.” 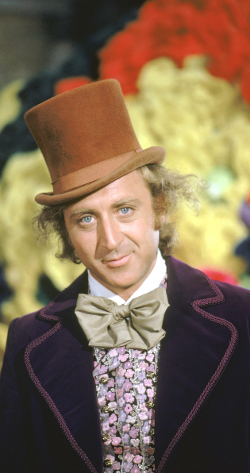 INTERNATIONAL diplomats have been given a tour of Iran’s nuclear facilities after finding a golden ticket inside a Lion Bar.

The site at Isfahan turns raw uranium into gas, which is then fed into enriching centrifuges and can be used to create fuel, fissile warhead material or Everlasting Gobstoppers.

No US representatives joined the tour, with a US State Department spokesman stressing: “It’s a very clever ploy by Wonka and the Iranians. They know you can’t get Lion Bars over here.”

It remains unclear whether the site is set-up to produce weapons-grade material or just novelty sweets.

Sir Simon Gass, UK Ambassador to Iran, said: “I’ve no idea. I spent most of the time licking the flavoured wallpaper. It’s amazing, the Snozberries really taste like Snozberries. Also, I’m not a nuclear scientist.

“Then again they are developing some pretty nasty confectionery. I tried some fudge that I imagine tastes the same as Katie Price’s.”

Wonka said: “I donâ€™t know if we can enrich uranium to the right level and you should never doubt what no one is sure about.

“All I want is for Russia, China and some other key world powers to be safe from the Hornswogglers, Vermicious Knids and of course the Yankydoodles.