Britain begins fitness drive that will rapidly peter out

BRITAIN has launched its annual health kick with a pledge to keep it going until Friday.

As franchised gymnasiums made their profit for the year, millions took out a direct debit they will maintain long after they remember who they are and what they actually enjoy doing.

Tom Logan, from Stevenage, said: “I’ve taken out a subscription to the BodyTronic FitnessZone.

“I’ve had an introductory assessment with a man called Derrick. There’s loads of different machines and classes like Delt Bubble and Street Squash, and there’s a juice bar and… no, this is pointless.

Government health advisor, Roy Hobbs, said: “We have to go through the process of encouraging everyone to exercise even though we know that the only ones who really enjoy it are sexually frustrated dentists and people who would otherwise be heroin addicts.

Teacher Nikki Hollis added: “New year, new me…. oh fuck this shit. Fuck it right in the ear. What am I doing? If you don’t like fat girls then fuck you. I’ve got a bath and a nice, big candle. You’re nothing in comparison.

“Take your shallow face and your tiny penis and stick it in some bitch who thinks you’re funny.

“Then again I have bought these trainers that light up.” 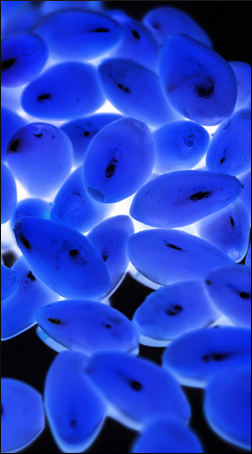 COUNCILS across England are to be offered incentives to collect rat-filled bags of putrefying meat and devastating viruses more often than once a fortnight.

Government ministers are to increase funding to cash-strapped local authorities in a bid to keep their manifesto promise of preventing a new outbreak of the Black Death.

Prime minister David Cameron said: “When I arrived in Downing Street I made it clear that one of the things I really wanted to do was prevent the population of this country being decimated by an unstoppable virus carried by the trillions of fleas who live on the backs of billions of rats.

The issue has caused tension between Downing Street and the department for communities and local government where secretary of state Eric Pickles has resisted weekly bin collections because he just loves the stench of rotting pork.

But Professor Henry Brubaker, of the Institute for Studies, said: “In recent years we have noticed a correlation between low life expectancy and societies with massive piles of uncollected refuse.

“It’s because they don’t collect their bins. I thank you.”

Council victim Bill McKay added: “Because I’ve been alive in England for more than 20 minutes I really don’t expect very much from my local authority.

“But I do think if they are going to do something with my Â£1500 a year I would like it to somehow involve the weekly collection of tiny, but virulent organisms that, given the opportunity, would effectively cause me to melt from the inside out.

“As long as they just do that, then as far as I’m concerned then they can go around setting up lesbian basketball teams until they are blue in the face.”