A PERFORMANCE by superstar DJ Hardwell has been declared an artistic disaster.

Workers at the stadium DJ’s Belfast gig described being exposed to intense awfulness for several hours.

Bar staff member Tom Booker said: “In terms of content it was the opposite of quality – aggressive and soppy at the same time.

“Every few minutes the beat stopped and there was a crescendo of lame synth sounds which is a command for the herd to elevate their hands.

“God knows what it’s doing to their brains.” 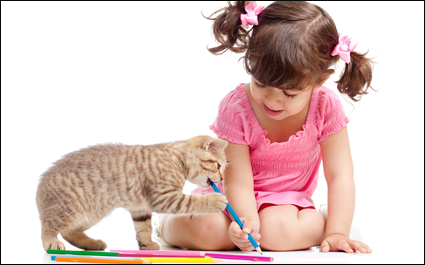 YOUTUBE clips of kids doing adorable things are being produced on an industrial scale.

Welfare experts have reported children being filmed for up to 14 hours a day in situations that capture their clumsy, beguiling innocence.

Some spend their entire childhoods in video production facilities, talking nonsense and hitting things with sticks while dressed as tiny chefs.

Paediatrician Julian Cook said “We had one case of exhaustion where an eight year-old collapsed after her dad filmed her playing Ramones songs on upturned saucepans for 12 hours.

“The internet video star is the modern equivalent of the Victorian child chimney sweep.

“Personally I think they’d be better off up a chimney. At least there’s a practical benefit.”

Many under 12s have been displaying signs of ‘cute ennui’, a syndrome in which the subject becomes listless and withdrawn at the sight of a parental smartphone.

Six-year-old Nathan Muir said: “I had to stick my hand in jelly but I missed the bowl.

“Mummy got angry and said that if I didn’t do it we wouldn’t have a house any more and I’d have to sleep outside until monsters got me.”