THE makers of EastEnders are willing to incorporate any viewer suggestions, however absurd or immoral.

Producers are asking viewers to text in during the show with ideas for things they would like to see, irrespective of taste and decency.

Executive producer Denys Finch Hatton said: Nothing is off the table.

“If viewers want to see hardcore sex scenes between Kat and Alfie Moon, we’ll give it a go.

Having something bad happen to Ian Beale usually perks the ratings up, so perhaps youd like to see him get mangled in some machinery, or maybe tortured in a gimps dungeon like in Pulp Fiction?

Or maybe people would like to have a live interactive bingo game with cash prizes in the middle of each episode. I think that would be a natural fit with EastEnders viewers.

If all else fails, well sustain ratings by getting homeless people to watch in return for hot soup.

EastEnders viewer Wayne Hayes said: It’s thanks to me that a family of cybermen has moved into Albert Square.

“And my mate Ryan said the Vic should come under siege from dinosaurs and topless Amazonian warriors, so that’s in the Halloween special.”

Finch Hatton added: Obviously there are legal limitations on what we can do, so we cant have the Masood family possessed by the spirits of historical East End murderers then do actual crimes.

“Well maybe we could muster up some evil spirits, but the murder parts would need to be fake. 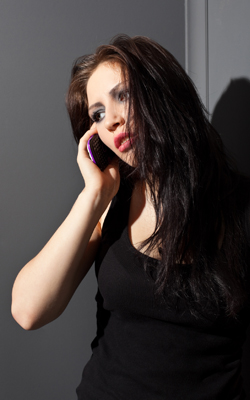 BRITONS are increasingly getting sexual gratification from complaining about train travel.

Staff at National Rail’s customer service line have reported a sharp increase in unintelligible noises, heavy breathing and fevered, repeated requests to be put through to the ombudsman.

Psychologist Dr Norman Steele said: “Consumers are so accustomed to disappointment that they’ve evolved a sadomasochistic reaction to mishaps.

“Some of my patients find the phrase ‘rail replacement bus service’ is such a powerful trigger that train companies have had to ban them from weekend travel.”

Eleanor Shaw, a commuter who uses networks across the South East, explained “The first time I tried to make a formal complaint about season ticket price hikes, I experienced a totally unexpected climax.

“I had to leave the ticket office and finish by sending an email at home with the curtains drawn.”

Company director Julian Cook said: “When my trip to Reading was cancelled because of a goods train derailment, the disappointment sent blood rushing involuntarily to my groin.

“I imagine Great Western Trains as a buxom lady with the flashing dark eyes of a gypsy priestess. And she has made me her pathetic, willing slave.”