THE new horror-themed trailer for EastEnders marks a permanent change of direction for the show, the BBC has announced.

The spooky trailer to promote a plotline about Lucy Beale’s murder also announces the programme being reimagined as the UK’s first cockney-themed ‘horror soap’.

Producer Denys Finch Hatton said: “EastEnders has always been about characters suffering in implausible ways, so it felt natural to chuck in some demonic possession and Pat Butcher returning as a poltergeist.

“Lucy Beale’s murder will finally be solved when Lucy, who is now a zombie, digs herself out of her grave to identify her killer and eat his – or her – brains.

“Meanwhile Ian Beale, who has already suffered beyond the limits of human tolerance, has been kidnapped by a deranged scientist who turns him into a ‘human mole-rat’, which is every bit as unpleasant as it sounds.

“The Carter family’s travails are far from over too, as Danny Dyer gets impregnated by the Devil in a scene reminiscent of Rosemary’s Baby if Mia Farrow had a beard and was not good at acting.”

The new horror EastEnders will also feature a Twilight-style vampire/werewolf romance with cross-species sex between Dot Cotton and Phil Mitchell.

EastEnders fan Donna Sheridan said: “I can honestly say I did not see it coming when Max Branning had to cut off his possessed hand with a chainsaw.”

Trains set free to roam as they please 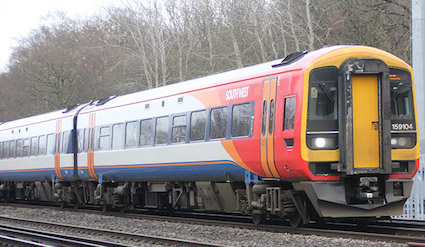 RAIL bosses have given up trying to control their trains and have set them free to roam wild.

Amid fresh travel chaos, rail executives said it was time to admit that trains could not be tamed by man.

Train company boss Roy Hobbs said: “For centuries we have tried to enslave these majestic trains, making them do our bidding and arrive at places punctually.

“But these splendid vehicles have minds of their own, much like Thomas the Tank Engine, and would rather be late or break down.

“It is time to end the cruelty of timetables. From now on they shall just go up and down the tracks with no driver and the accelerator pedal taped down, tasting the sweet nectar of freedom.

“Of course you still have to buy a full price ticket if you want to try to jump on one, otherwise you will receive a massive fine.”