Everyone at Glastonbury wishing they were dead

GLASTONBURY optimism and pursuit of the vibe has been replaced with dead-eyed ennui, it has been confirmed.

Before a single bongo has been played in anger, most campers have had at least one suicidal thought, typically whilst watching a river of trustafarian effluence pour past their tent.

Student Nikki Hollis, said: Emmas spent the last three hours trying to throttle herself with an Indian healing bracelet and with nothing to look forward to but Jake Bugg, I cant blame her.

When we left Saffron Waldon we were high on optimism and WKD but now I look into the only shard of mirror that survived a train journey packed with jugglers and all I see is a hollow skull of despair and face paint.

The weather continues to be neither pleasant nor entertainingly awful and booths have been set up to help people cope with the realisation they have paid the price of a holiday in Tuscany to camp in a farm whilst listening to XFM.

Meanwhile the lineup of acts has been assessed by psychiatrists as capable of causing self-harm in a Teletubby, with organisers now realising that Mumford and Sons could ‘trigger another Jonestown’.

Hollis added: Its like the end of Apocalypse Now but instead of repeating the horror I keep whispering the falafel. 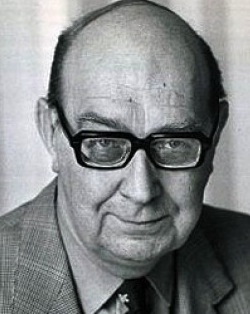 CHILDREN born using three-person IVF will be allowed to quote an adapted version of Philip Larkin’s This Be the Verse.

A spokesman said: “As their lives will be 50% more excruciating than everyone else’s it seems only fair.

“Whether they also want to include ‘they may not mean to, but they do’ will be optional. As it is for everyone else.”

Psychologists have welcomed the government’s decision to approve three-person IVF, describing it as ‘a goddamn goldmine’.

Meanwhile, the government has pledged subsidised help for the offspring in the event of all three parents going completely bonkers at the same time.

A department of health spokesman: “IVF is brilliant, but eventually some poor bastard is going to have to cope with three increasingly right-wing nudists.”