A FILM studies graduate cannot believe cinemagoers simply enjoyed a film that was entertaining and fun without being an intellectual twat about it.

Nathan Muir reluctantly saw a Marvel movie with friends at a multiplex in Norwich, an experience that left him ‘artistically nauseated’.

Muir said: “The audience just sat there like idiots enjoying the action sequences and laughing at the funny bits. None of them seemed to be analysing the cinematography or mise en scene.

“It’s almost as if they just wanted to switch off their brains after a long day at work and enjoy themselves rather than sitting taking notes so you can sound clever afterwards.

“At one point I thought I recognised a nod to Italian neorealism but it was just a fat man standing in front of the screen as he went to buy another bucket of Pepsi.

“You wouldn’t get that at my dingy art cinema where everyone sits in silence thinking about how they’re going show off with their knowledge of narrative symmetry afterwards. That’s how you enjoy a film.”

Muir now intends to “cleanse his palate” by seeing a near-unwatchable Japanese independent film about a doomed love affair told through the eyes of a mosquito.

Woman furious with boyfriend over behaviour of bloke on Love Island 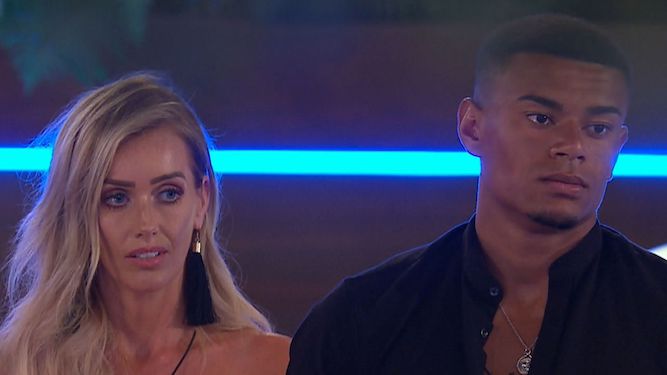 A WOMAN is disgusted her boyfriend would behave like a man on Love Island, which he would because he is a representative of his gender.

Emma Bradford has been in a strop with boyfriend Tom Logan ever since Wes heartlessly rejected Laura in favour of Megan, or in the strange language of the island, ‘pied her off’.

Bradford said: “Tom’s always telling me he loves me and sees a future together – just like Wes did before he ditched Laura for the first pretty girl to give him some attention, the bastard.

“I just can’t believe Tom would do that to me. After five years together I thought I knew him, but now I’ve realised what a lying scumbag he really is.”

Logan attempted to defend his feckless behaviour which was not actually done by him.

He said: “I think it’s safe to say I didn’t cheat on Emma with Megan because I’m not some random twat on a bullshit ITV2 reality show taking place thousands of miles away.

“Even so, Emma was fuming. If I ever meet this Wes tosser I feel it’s my duty on behalf of all boyfriends to stick one on him.”