Five fictional men your wife secretly compares you to

MARRIED? Confident that you’re your wife’s dream man? You’ll never compete with these fictional hunks, and she knows it:

Mr Darcy from Pride and Prejudice

Even without Colin Firth in his big wet shirt, Mr Darcy represents everything the modern woman desires: a brooding, heroic, outdoorsy type who isn’t afraid to wear pantaloons. It’s a shame the only thing you and him have in common is that you both make £10,000 a year.

Aragorn from Lord of the Rings

Viggo Mortensen’s performance as Aragorn tricked thousands of women into watching fifteen hours of hobbits and ugly jewellery. Meanwhile, you can’t speak any foreign languages or ride a horse. When he says ‘my friends, you bow to no one’ at the end, he’s being ironic. You bow to him, because he’s a sexy king and you’re an IT manager.

Leo gave up his spot on the door and froze to death so Kate Winslet would live. Meanwhile you refuse to get your fat arse off the sofa cushion so your wife can put her feet up. And to top it all off, you can’t draw for shit. You’re not Leonardo. You’re not even Billy Zane.

Alright, so you’re not a serial liar and haven’t committed identity theft, but nor are you a suave Sixties ad man who could pull that off. You don’t have the charisma to drink Scotch at your desk and smoke in meetings. You’d fall asleep by 3pm and wake up with a violent coughing fit.

He’s from Peru and he loves marmalade sandwiches, so ipso facto he’s a cultured foodie who puts your staid lifestyle to shame. There’s a reason they decided to have him voiced by Ben Whishaw – to maximise the P-man’s already potent sex appeal. Have you ridden a flood of passion downstairs that left your wife soaking but delighted? Didn’t think so.

What to do if you've overdosed on Meghan and Harry: an emergency guide 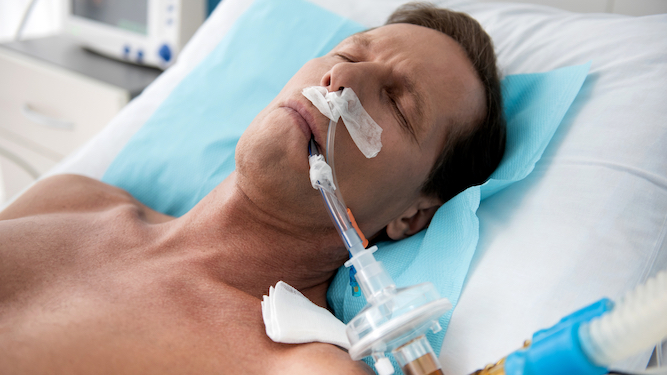 HAVE toxic levels of Harry and Meghan coverage entered your system? Is it in danger of shutting down? Our guide could save your life.

You may start blacking out and slipping into a coma after reading the 12th inane, bitchy article by Sarah Vine. As with an overdose of opiates, force yourself to walk around and slap yourself if you attempt to scroll down on your phone. One more judgmental editorial could prove fatal.

Get a friend to talk you down

If you’re getting a terrifying headrush from too many revelations that Meghan had in fact heard of the Queen prior to July 2016, get a friend who doesn’t give a shit to say things like: ‘For f**k’s sake, do something useful like going for a run.’ These harsh words will gently bring you back to reality.

Carry out a DIY blood transfusion

This risky medical intervention won’t help directly, but when you’re on a makeshift operating table in your garage draining two pints of O negative from your husband, you won’t be able to watch yet another UK news exclusive from Meghan’s half-sister she last provably met 13 years ago. If your partner is unwilling to help, hook yourself up to the cat.

Get into the recovery position

If you’ve taken in too much Royal bullshit, the ceaseless, churning speculation about which royal made the racist comments could cause convulsions and brain spasms. You don’t need to actually lie on the floor. Just switch off the TV, log off the wifi, get an early night and assume it was Camilla.

If you’ve ingested too much pointless tabloid crap for your system to cope with, quickly administer the books of Tolstoy, the films of Michael Haneke or a Noam Chomsky lecture. Their sheer worthiness will counteract the flow of empty trivia and leave you feeling pleasantly smug.

If you can’t stop following the latest developments, such as six hours of analysis of a three-sentence statement from the Palace, call 999. Just hope the paramedics aren’t Meghan and Harry junkies who finish you off with a chat in the ambulance about what they might pitch to Netflix.