ALL Gary Glitter songs are to be electronically tagged and made to sign the sex offenders' register.

The glam rock pervert's number one hits I'm the Leader of the Gang and I love You Love Me Love will be subject to monitoring and prevented from working with anyone under 16.

As part of a wide-ranging crackdown on suspicious music the 1973 classic Do You Wanna Touch Me? (Yeah) will have to report to its local police station once a week and is banned from travelling to Thailand, Vietnam and Sri Lanka.

The Home Office has also issued guidelines on the use of Aled Jones's Walking in the Air for its portrayal of a pervert snowman who kidnaps a small boy from his bed in his pyjamas.

Meanwhile, from next April, airline cabin crew will be able to taser anyone who sings Jonathan King's Una Paloma Blanca en route to Alicante.

But ministers have signalled a possible exemption for Jerry Lee Lewis if the singer's most famous hit is renamed Great Statutory Rape Balls of Fire.

Other songs currently being examined by Home Office specialists include Don't Stand So Close to Me by the Police, Young Girl by Gary Puckett and Grandad by Clive Dunn.

Alcohol To Be Restricted To Nice People With Degrees 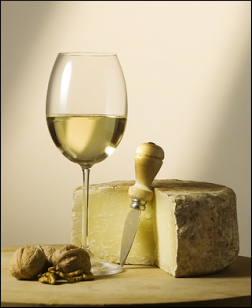 ALCOHOL should only be available to nice people who know which wine goes best with fish, according to MPs.

The influential Home Affairs Select Committee said police resources were being stretched because too many awful people are buying cheap wine from supermarkets and then drinking it really quickly without fully appreciating its delicate potpourri of flavours.

Chairman Keith Vaz said: "Let's take this charmingly presumptious Echo Falls White Zinfandel, just £3.98 from Tesco, or £2.50 if you're lucky enough to be able to buy it from the members' bar in the House of Commons.

"As a decent person I would enjoy this as an aperitif before a dinner party, or perhaps serve it with some lightly poached seabass or a pan-roasted poussin with parsnip and chorizo.

"I certainly wouldn't use it to wash down 20 Marlboro Lights and then have a piss up against the front door of Greggs.

"But that's because I went to Cambridge and have a well-thumbed copy of Floyd on France."

Tom Logan, a trainee accountant from Peterborough, said: "So what you're saying is, they've fucked up the economy, forced the country to the point of bankruptcy and put my job and my home in jeopardy while at the same time paying themselves a hundred grand a year in expenses and are now telling me I shouldn't be allowed to buy a couple of cheap bottles of wine on a Friday night so I can forget my troubles for a few hours instead of hunting them down and roasting them on a spit like the shit-caked, trough-guzzling pigs that they are?