Many people tuned in to GMTV genuinely hoping for enlightenment, unaware that all informative content had been removed from the show long before they switched on.

Some paid out enormous amounts of attention to the programme, gambling that they might glean at least one useful fact.

Instead all they got was John Stapleton and Fiona Philips talking to that one who used to be in Eastenders about her hysterectomy.

According to calculations by The Daily Mash, GMTV have viewers lost as many as 10,000 billion brain cells between them since 2003, that’s enough to fill an Olympic sized swimming pool, or wipe out the cerebral cortex of a large herd of elephants.

Phyllis Brigham, 65, said she had fully expected to enrich her mind through watching GMTV and she was shocked to learn that there was never a chance this would occur.

Instead the constant diet of inane celebrity chat had turned her mind to goo, and she now required help to go the toilet.

She said: “Hello dear, what? I’m sorry you’ll have to ask that again, I don’t think too good these days. Could you take to me to the lavvie?”

A GMTV spokesman said it had never been the broadcasters intention to deceive its audience and promised a full refund of braincells for each viewer.

He said GMTV bosses were entirely unaware that all useful information has been taken out of the programmes before broadcast. “Obviously they don't watch it," he said. "Would you?"

14 Billion Tons Of Bullshit Pumped Into Firth Of Forth 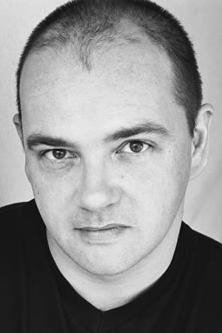 EXPERTS warned of an environmental catastrophe last night after enough bullshit to fill 6.5 billion Vauxhall Zafiras poured into the Forth estuary.

The storage plant on the outskirts of Edinburgh has seen a sharp rise in untreated bullshit levels over the last month, culminating in yesterday's catastrophe.

"Trust me, that's a tremendous amount of bullshit.

"If you add a national election campaign to the mix then eventually something's got to give."

He added: "Once the Sunday papers were published it was only a matter of time before we had what we engineers call 'a humungous bullshit surge'.

Joseph Turner, professor of environmental health at Dundee University, warned of the unpleasant side effects of a bullshit surge.

"That level of bullshit can have a devastating effect on young people. Unfortunately there will now be a noticeable increase in the number of teenagers applying to do sociology or media studies. What a waste of time."

But within hours of the bullshit accident, levels were rising again as the SNP tried to blame the disaster on Labour policies, First Minister Jack McConnell "ordered an official inquiry" and dozens of BBC reporters wandered up and down Portobello beach trying to describe the smell.

Senior doctors, concerned at the rapidly increasing threat to public health, have pleaded with politicians and the media to "just shut the fuck up for a few hours".