CHOIR-preacher Johann Hari has dismissed claims of plagiarism during a fantasy interview where he pretended he was talking to Michael Parkinson.

The columnist sat down in his living room last night, facing an empty chair and answered questions Parkinson had asked Muhammad Ali, David Niven and Billy Connolly in a series of memorable interviews in the mid to late 1970s.

The criticism came after Hari used a revolutionary new interview
technique that involved pretending people had said things to him and
then imagining what his reaction would have been if they had have said
those things to him, which they did not and in fact said to somebody
else years ago.

Stopping occasionally for imagined laughter and applause, Hari used Parkinson’s question to Niven about what it was like being friends with Errol Flynn to insist that the famed Hollywood hellraiser would have done exactly the same thing if he had been lucky enough to work for a newspaper that no-one reads.

Independent editor Simon Kelner later joined Hari on the fantasy Parkinson set were he told the invisible Yorkshireman: “Johann has a scrupulous commitment to the kind of thoughts you’d generally hear in the presence of hummus and would never be deliberately dishonest as long as one uses a highly specialised definition of the word that is only shown to Britain’s most important columnists.”

“And he has nice hair and once retweeted a comment of mine so I won’t hear a word said against him, regardless of how accurate those words may be.”

Kelner later imagined he was being asked Parkinson’s question to
Muhammad Ali about George Foreman but answered it as if he was talking
about Toby Young, the Telegraph’s award-winning anti-hair polemicist. 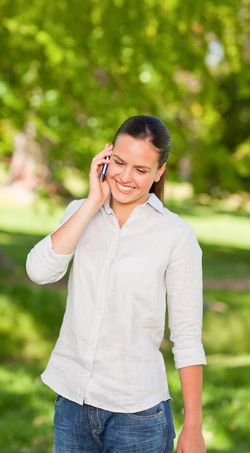 MOBILE phone operators have confirmed they will need more money to achieve their sole aim of bringing the whole world together.

Unlike many giant corporations which exist purely to fuck as much money out of you as possible, the ‘big four’ mobile companies re-dedicated themselves to making everything really groovy and making sure everyone appreciates how totally brilliant and special all their friends are.

A spokesman for the British Association of Making Great Memories said: “The world is one big, lovely playground, set to Devendra Banhardt songs about magical spiders.

“People keep saying to us, ‘hey, you guys are way too chilled out, don’t you even care about making money?’

“But we’re too busy listening to Joanna Newsom in quirky places, while watching children blow bubbles and enjoying spontaneous group hugs with strangers, to worry about materialistic gain.

“Maybe that’s irresponsible, but hey, you can’t put a price on happiness.

“We are hoping to give everyone in the world a lovely cupcake and a balloon, but unfortunately the price of cheerfully coloured cupcake icing has gone up.

“So we are going to increase prices substantially and you are going to pay. Unless you don’t want to high five your friends when you meet up in the park for a game of frisbee that you wish would last forever?