A HUNGOVER history teacher accidentally started teaching scenes from Game of Thrones as real events, it has emerged.

Martin Bishop, who drank two bottles of wine last night, had vaguely planned a lesson about medieval life while watching telly but he accidentally included elements from the hit fancy show.

Bishop said: “It was after Ned Stark got his head cut off that everything really began to change in Britain.

“The Lannisters were a very powerful family and no one could really challenge King Joffrey for the throne after that.

“Not even the rest of the Stark clan plus a magic raven with three eyes could do it.”

Bishop then proceeded to describe everything that had happened in Westeros from seasons one to four, although he left out most of the sex.

Pupil Nathan Muir said: “I don’t watch Game of Thrones so it was a bit confusing when he was telling us about these dragons and the dead coming back to life. We usually only get that kind of thing in R.E.”

Get that uniform on and get against that door, children told 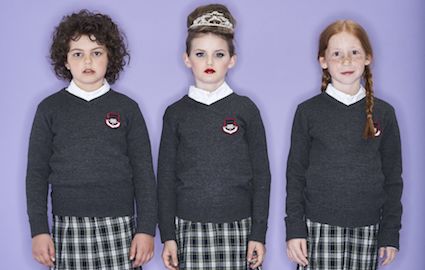 SCHOOLCHILDREN have been ordered to get their uniforms on and stand against a door to be photographed.

Children aged between three and 17 are being forced to dress in their new blazers, look neat and smile even though it is still ages until school, or face the consequences.

Mother-of-three Mary Fisher said: “Don’t even think about giving me any crap. I am this close.

“You want to think about how much all that cost me? About four hundred quid, so you’d best believe I am getting my satisfaction.

“Up against that door and smile like you’re capable of some kind of academic performance. No arsing about. This is going on Facebook and bloody Instagram.

“Now take the uniform off immediately before you trash it.”

She added: “I wasn’t like this at the start of the holidays. But I am now.”