ANDREW Lloyd-Webber is to join the cast of the Channel Four soap opera Hollyoaks as an incredibly ugly composer of terrible songs.

Lloyd-Webber will play 'Andy Lloyd-Webber', the man behind such deplorable West End hits as Jesus in Flares, Men in Cats and Joseph and His Enormous Sombrero.

The move follows an Ofcom ruling requiring all programmes screened before the 9pm watershed to demonstrate an 'attractiveness balance' to safeguard the feelings of ugly children.

A Channel 4 spokesman said: "The cast of Hollyoaks is now made up of 27 unbelievably attractive, blonde 19 year-olds.

"The only way we can possibly meet our statutory obligations in a cost-effective way is to bring in Andrew Lloyd-Webber for the rest of the current series."

The new storyline will see Lloyd-Webber's character set up home in Chester so he can put the finishing touches his latest production, Aspects of Cheese.

The spokesman added: "When they discover him living above the bistro, the rest of the cast pelt him with stones before realising that ugly people have great personalities."

If Ofcom are still not satisfied, Channel 4 say they will bring in Lloyd-Webber's close friend, the rotting husk of Ben Elton. 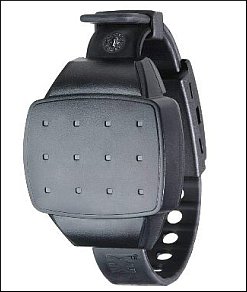 A BLANKET ban on cocks has been proposed as part of the government's crackdown on fucking.

Ministers, determined to prevent the birth of thousands of new Conservative voters, are planning a series of reforms designed to eradicate penetration by 2012.

Harriet Harman, the secretary of state for genitals, told MPs: "According to the government's chief medical officer, this country is filled with people doing it.

Ms Harman added: "Intercourse leaves a legacy of regret, clap and babies, as well as thousands of miserable foreign call girls and depressing Channel 4 dramas starring that chap out of Life on Mars. It is time to act.

"We can either import more cheerful prostitutes, at a cost of hundreds of millions of pounds, and run the risk of an increase in humping, or we can tackle the root of the problem – the existence of cocks."

The first stage of reform is likely to involve cock-tagging. If this is unsuccessful, Whitehall sources say cocks will be banned and men will have to urinate into a bag strapped to their waist.

The reform programme will be led by Lord Hayes, a junior health minister and former chief executive of Cock Tags and Piss Bags plc.