Lohan imprisonment to be shown on adult channel

ONANISTS around the world will be able to watch Lindsay Lohan’s time in remand via $5-per-minute TV, a court has ruled.

Everybody’s favourite Dead Pool wild card will be asked to take 58 showers a day during her time in the remand centre, while changing attractive cellmates every ten minutes in a bid to keep viewers interested.

Wayne Hayes, a hunched, bleary-eyed Lohan fan from Carlisle said: “We should look into whether Jenna Jameson or any of The Saturdays has breached bail conditions recently, and get them banged up with Lindsey.”

“Okay, I’m going to need a few minutes to myself after using the phrase ‘banged up’.”

He added: “I also like the idea of getting Gillian Taylforth in as the cruel S & M-obsessed gang leader running the wing. Is she in the penal system presently?”

The star of Mean Girls and that photo where you can sort of see one of her nipples requested that the court allow her incarceration to be filmed to help raise funds for her almost-daily bail bonds, court fees and phenomenal amounts of whatever gets her through the day.

If freed, Lohan is expected to use part of the monies raised to pay her lawyers in advance for the next time she wraps her car around a policeman at 80mph whilst under the illusion she’s hosting the Emmy awards.

Hayes said: “There’s an assumption that, because you’re famous and did a film once, you have pots of money but when you’re as prodigiously and litigiously narcotic as Lindsey, the fee for Herbie Fully Loaded can only last so long.

“It’s tragic that such a clearly talented young actress should have fallen so far. But my empathy won’t be enough to stop me fapping like priapic gibbon at the sight of her handcuffed by a butch female prison warder.” 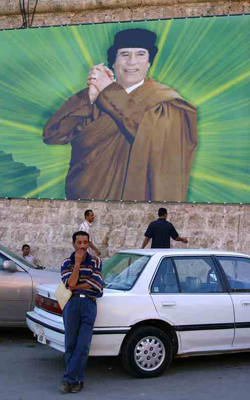 VICTORIOUS rebel leaders have installed former Two and a Half Men star Charlie Sheen as Libya’s interim lunatic, it has been announced.

Following the charming little death of Muammar Gaddafi, Sheen will occupy a temporary dictatorial role while National Transitional Council chiefs, many of whom have taken extended unpaid leave from work to wage bloody war on their corrupt leader, go and delete a shitload of emails.

An NTC spokesman said: “The important thing now is to keep the nation united against an egomaniacal freak until we work out what the fuck’s going on.

“Charlie Sheen should be sufficiently irritating to divert everyone from factional infighting, without actually doing any massacres. He’ll probably pass a decreee making it illegal to go to bed before 5am, something like that.

“Plus Sheen loves to surround himself with terrifying females, wears eccentric hats and has a tendency to offer out the world while waving guns around. So there’s a hint of nostalgia for the Gaddafi fans, too.”

The actor is expected to be installed in a palace over the weekend. According to sources, his agents are in ‘late-stage negotations’ over whether Sheen can have a moat full of adult film actresses riding great white sharks and a cockney elephant.

Libya’s former despot Muammar Gaddafi is believed to have died yesterday at the hands of rebel fighters, although internet ghouls have yet to officially confirm this.

Conspiracy fanatic Tom Logan said: “It’s interesting that in some of the pictures he looks pixellated.

“My guess is that the actual image of the ‘body’ was generated on a Commodore 64 then superimposed on a backdrop of gun-toting film extras.

He added: “You’ll have to excuse me now, I’m late for several appearances on actual television news.”