BEING famous for losing weight is an acceptable substitute for a modelling, acting or singing career, say minor celebrities.

People who were once well-known for something else have found their amazing ability to gain and lose body fat pays off their mortgage.

But when my fleeting notoriety began to diminish, dangerously rapid weight gain seemed like the natural step.

Sitting on the sofa  not even the This Morning sofa  slamming stacks of Jaffa Cakes went against every instinct in my C-list body, but it worked.

The paparazzi shots of me sweating, newly porky, around a London park went viral and that same day I had a contract for a fitness DVD with my revolutionary eat less and exercise more plan.

That, and a back room filled with shedloads of amphetamine-based diet pills bought from a company in Uzbekistan.

Which will set me up nicely for my addiction hells and massive stroke hells, pre-sold as exclusives to OK! Magazine. 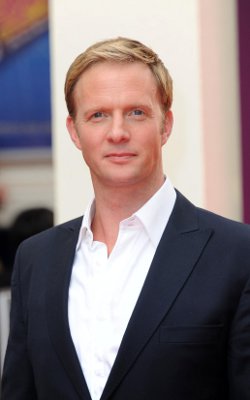 THE BBC has unveiled a new drama which promises some of the most clearly-spoken action ever seen on TV.

The Enunciators, which stars properly educated actors Rupert Penry-Jones and Tom Hiddleston as police investigators without a hint of a regional accent, will follow a murder investigation where everyone explains everything to everyone else throughout.

Characters will speak directly to camera to make lip-reading easier and will announce their emotional states by writing them on large signs.

A BBC spokesman said: The Enunciators features the most unambiguously-articulated action on British television.

Set in a bucolic Kent village where everyone pronounces their words correctly and no post-Shakespearean slang is used, the show is perfect for anyone sick of mumblers, Northerners, Scots and the Irish.

Pensioners and the inattentive have welcomed the show, particularly the recaps at the beginning of each episode which are screeched at ear-splitting volume by former T4 presenter June Sarpong.

Denys Finch-Hatton, of Tewkesbury, said: The problem isnt that I set an arbitrary volume level on my TV which I refuse, as a point of principle, to go past.

The problem is that these regional actors havent bothered learning their lines and think they can get away with it by talking into their chests.

And you cant get subtitles now theres no Ceefax. Pressing 888 just changes the channel to Psychic Today.