A MAN who met The Strokes nearly 14 years ago still brings it up at the slightest opportunity.

Tom Booker met the band when they were touring their first album Is This It and has failed to move on with his life in any meaningful way.

Booker’s friend Stephen Malley said: “We were in a pub yesterday talking to the barmaid about the new Eddie Redmayne film, when all of sudden he asks her whether she likes ‘any New York bands’.

“What kind of question is that?”

He added: “She said she liked mostly Hip Hop and some techno, but generally looked quite baffled. I could see in his fucking eyes where he was going with it.”

Booker said: “The Strokes were a generation defining band. I first realised that when I hung out with them backstage at the Brixton Academy on March 28th, 2002.

UK to remain willfully ignorant of what 'alcohol unit' means 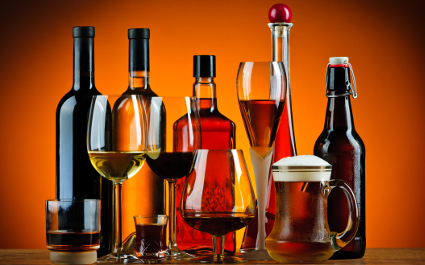 THE UK has accepted alcohol guidelines of 14 units a week because it has no idea what that means.

The safe limit for alcohol for both men and women remain 14 units, which, according to the general public, might as well be a number in Mandarin Chinese.

Mary Fisher, from Guildford, said: “The ‘alcohol unit’ is a group of scientists who work tirelessly to make alcohol increasingly delicious.

“They all live together in a big mansion in the countryside, where they come up with wonderful booze combinations and design funky wine bars and cosy village pubs.

“It’s like a much better version of the Wonka factory.”

Martin Bishop, from Hull, added: “The first unit varies from person to person, because it’s how much you can handle before going to the toilet. That’s why it’s lower for women.

“After that, the size of a unit depends on whether you’re mixing drinks, so for example changing to spirits is a new unit. If you do some stretches, that resets your units to zero.”