A MAN who has found local success with an amusing anecdote about losing his dog has announced he will be taking it on a nationwide tour.

Father-of-two Martin Bishop, who inadvertently found himself leaving a local park with a stranger’s dog on his lead, believes the positive reactions he has received from friends and family justify the 52-date tour.

He said: “This material is dynamite. I wouldn’t be doing it justice if I took it straight to TV.

“In the regions I’m doing mainly the arts centres, where I’ll recount the story to audiences ranging from around 500 to the low four figures, but once a buzz gets going we’re hoping to book a couple of weeks at the Hackney Empire.

“It’s costing me a lot up front, but I’ll easily make that back from ticket sales and an exclusive deal with Netflix. I just hope copyright-infringing bastards don’t put the whole thing on YouTube.

Wife Rachel Bishop said: “Thing is, while it is quite an amusing anecdote, I’m not quite sure it’s got the legs he thinks and we’ve had to remortgage the house.

“Also I feel it’s too early for him to rule out playing the O2 because he doesn’t want to be called a sell-out.” 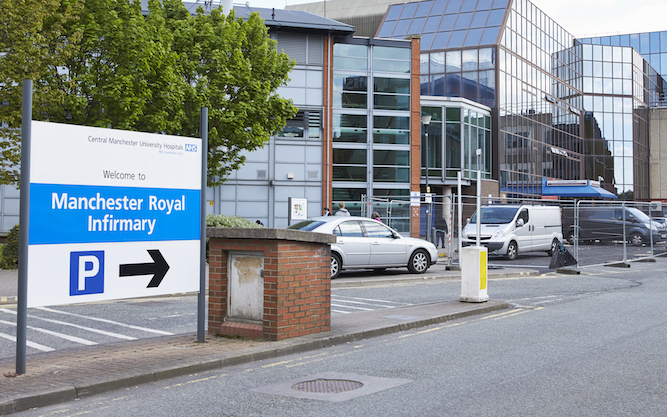 Parking at hospitals, which is now run under the same principles as parking at airports because that makes perfect sense, has overtaken heart disease, cancer and Brexit as the UK’s top killer.

Visitor Stephen Malley said: “My aunt had suffered heart problems but was expected to make a full recovery. I told her how much the bloody parking was. She flatlined.

“The medical team did their best to save her but when one of the nursing staff admitted they have to pay it as well, even though they work here, her body basically shut down.

“I stayed with her until the end. That cost me an extra £80 in fines and £45 in administration fees.”

An NHS spokesman said: “The government wants to privatise the NHS but has settled for making the ground surrounding it inaccessible for anyone but the very, very rich.

“I’ve sold my car and parachute 6,000ft onto the hospital roof from a light aircraft each morning. It’s cheaper.”