A PROUD London resident who passionately argues his home city is better than Paris or New York spends all weekend watching television and eating toast.

Julian Cook, from Crouch End, has not visited an art gallery, leading restaurant, the theatre or a concert venue since January, but still boasts about them to friends.

Colleague Emma Bradford said: “To hear Tom speak about London you’d presume he was a member at the Royal Academy, a regular at Fabric and was always journeying to Shoreditch for the latest pop-up Indonesian.

“I asked him for directions to the BFI the other day. He told me it he thought it was next to IKEA in Croydon.”

Cook said: “It’s a real thrill to know that any weekend I could be enjoying some of the finest  collections of art anywhere on the planet.

“It’s even more of a thrill to just sit around in my underpants instead.”

People with lots of social media 'likes' really are much better than everyone else, confirm experts 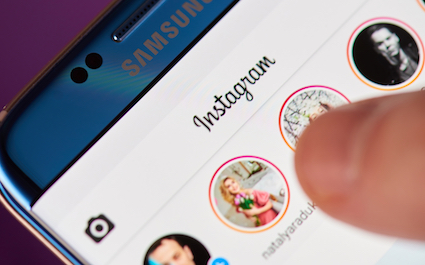 PEOPLE who receive high numbers of likes on social media are provably better than those who do not, a study has confirmed.

Professor Helen Archer said: “We measured the cumulative lifetime social media likes of various test subjects and found that people with fewer likes and followers, irrespective of their ‘real world’ achievements, were losers.

“In contrast those with record numbers of Instagram likes, for example Beyoncé or Ronaldo, are the peak of everything humanity could ever hope to be. That’s just science.”

Test subject Tom Booker, who has spent most of his life volunteering in developing world communities without wireless internet, said: “I thought I was a good man. But it turns out without the momentary approval of internet acquaintances, none of it meant anything.”

Professor Archer said: “Tom is a particularly unfortunate case. If he’d only put his work on Facebook he could have scored some epic reactions and maybe even a viral post.

“But because he did the work for the sake of it, and not for an Instagram story, our algorithms have written him off as a human being altogether.”