MARVEL comics is to introduce a diverse storyline where the same old shit doesn’t happen.

The comics publisher said it felt a duty to represent the different kinds of story available to a modern audience, which perhaps feels alienated by incredibly repetitive sequences of events involving big fights.

A spokesman said: “There are so many under-represented story types. A young reader might think that the only thing that can ever happen in a comic is some people in leotards hitting each other because of something to do with a dimension gate.

“But these days people are increasingly accepting of originality, and don’t discriminate against new ideas. We should embrace that.”

11-year-old comics fan Stephen Malley said: “It’d be cool to see a Marvel film I couldn’t have written myself in 10 minutes.

“Also I would be comfortable with a superhero comic that isn’t weirdly convinced it is for grown-ups.”

Office worker doesn't like to measure her coffee intake in pints 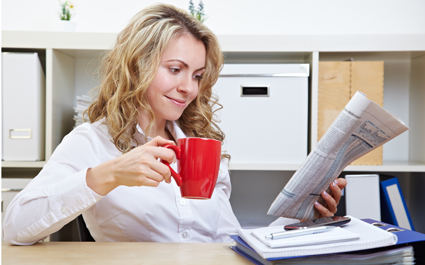 AN OFFICE worker has announced that she would rather not consider the amount of coffee she drinks in pints because it would sound rather grim.

Susan Traherne does not mind telling people that she drinks ‘about 10 cups of coffee’ a day because it makes her sound like she’s dynamic, unlike saying she drinks five pints of coffee a day as that sounds a bit worrying.

“Though, if I was to say that differently, like that I need eight pints of coffee a day or I genuinely feel like I’m having a nervous breakdown that just makes me sound in need of an intervention. It also gives you some idea of how often I need the toilet.

“I was thinking about swapping the coffee for energy drinks. Then I realised that was like swapping lager for vodka so I didn’t see the point.”