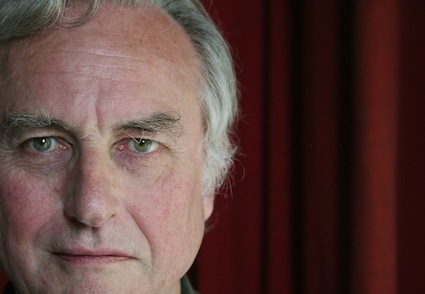 The 90-second ad begins with the eminent scientist wearing a fake white beard and a red robe, explaining that he will not be making deliveries this year, ‘because I, Father Christmas, am a pernicious lie invented to exploit the gullible’.

Addressing the camera directly, Dawkins adds: “It is physically impossible for a plump man to descend a single chimney shaft, let alone 200 million of them in the course of a single night. To suggest that I could betrays a contempt for the basic principles of physics.

Removing his beard, he continues: “If you perpetuate this delusion, you are either too stupid to understand logic, or you are happy to condemn another generation to a slavish belief in the supernatural. Which, in my book, makes you a twat.”

The camera then pans back to reveal a room full of children taking down Christmas decorations to a soundtrack of sleigh bells being destroyed with hammers.

A PayPal spokesman said: “Professor Dawkins has kindly donated his fee to a charity that replaces advent calendars with periodic tables.”

For Christ’s sake get home before the little bastards come out, UK warned 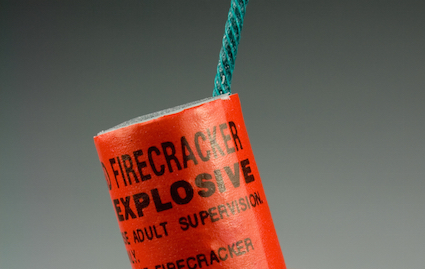 PEOPLE should be in a state of lockdown inside their homes before children armed with fireworks start roaming the streets, officials have warned.

Gangs of youngsters – many of them high on Vimto – will begin discharging explosives at approximately 6.30pm, after they have had their tea.

A government spokesman said: “It’s vital that everyone is safely at home before these little shits start chucking fireworks around and calling you ‘gay’ if you try to tell them off.

“If you are trapped outside, walk away quickly in a humiliating semi-run while pretending not to notice someone is throwing a small bomb at you.

“Joggers in particular should be aware that they make excellent moving targets.”

Tom Booker, 13, from Hatfield, said: “I’ll be letting off several ‘Kamikaze Dragon Bombs’, which have no visual entertainment value, but are incredibly loud. I’ve also got a ‘Vesuvius Detonator’ which contains as much gunpowder as a 19th Century hand grenade. I’m going to throw that one at my friend, Liam.”

Mother-of-two Donna Sheridan, from Stevenage, said: “Fireworks will be dispensed one at a time from a steel lock-box, lit by my husband wearing safety goggles and then viewed from too far away to see them properly.”