THE Sun has confirmed it will continue to print bare breasts in a join-the-dots format.

Images of topless girls will be converted into puzzle form, meaning that nudity can now only be viewed by readers with penmanship skills.

A spokesman said: “Page 3 is a time-honoured tradition whereby dads can enjoy becoming sexually aroused at the family breakfast table.

“We didn’t want to cave in to the feminist killjoys, so we’ve added a puzzle element.

“Parents will be able to follow an alternate pattern that allows them to draw a woolly jumper over the model, and mature readers can opt for the ‘European’ subscription which allows them to add gynecological features.

“Kids will see their fathers hunched over the page with a biro and look forward to having a go on it when they’re older.”

However puzzle fan Roy Hobbs said: “Puzzles are a reliable, safe entertainment form for elderly people and weird asexual men like me. Whenever I see one I have to complete it.

“But when I start a dot-to-dot I’m hoping for a nice picture of a squirrel or a space rocket, not a poolside shot of semi-naked 19-year-old with a fixed grin and a hollow doll-like gaze.” 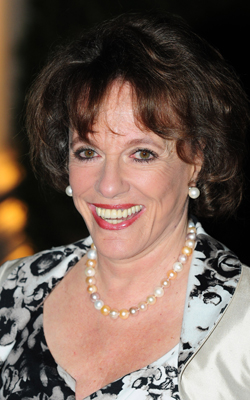 ESTHER Rantzen has been present at every key moment in human history, it has emerged.

Besides being involved in the Savile affair and the current police corruption scandal, the broadcaster has participated in every significant event including the Battle of Agincourt, the moon landing and the invention of the internet.

Rantzen said: I dont like to blow my own trumpet, but it was me who got the ancient Egyptians to build the pyramids, to raise money for Children in Need.

And I doubt wed have won the Battle of Agincourt if I hadnt told Henry V, Dont just sit there like a wet dishcloth, go and give your men an inspiring speech!

It was the same with the Normandy landings. Theres no way the allied troops would have got off the beaches if I hadnt taken out all those German machine gun nests.

And goodness knows how Buzz and Neil would have got back from the Moon if I hadnt been there to fix the thrusters with a bit of common sense and female intuition.

Rantzen said she had also played a part in the discovery of fire, the Relief of Mafeking and the creation of the internet, which came about when she told Tim Berners-Lee it would be a good idea to connect lots of computers together.

She added: I worked with Shakespeare on a play called The Smutty Vegetables of Stratford, which I would later develop into the hit series Thats Life!