A COUPLE are optimistic that watching Disney films will teach their daughter key life lessons they cannot be arsed to impart themselves.

Joanna and Stephen Malley committed to the plan after realising they would have more time to themselves if they left the real parenting to a talking candlestick and singing cartoon crab.

Joanna said: “I grew up on classic Disney and it hasn’t done me any harm. It made me determined to snag a handsome prince who lives in a castle. I ended up with Stephen and a semi in Luton, so it kind of worked.

“Molly has learned loads of useful stuff already. For example, Mulan taught her that to get respect and equal pay, you have to pretend to be a man.

“And The Little Mermaid demonstrated that the only way to get a boyfriend is to change absolutely everything about yourself.

“We’re avoiding Fantasia though. That’s clearly the kind of film that will get her into hardcore hallucinogenic drugs.”

How has being an only child turned you into a dreadful adult? 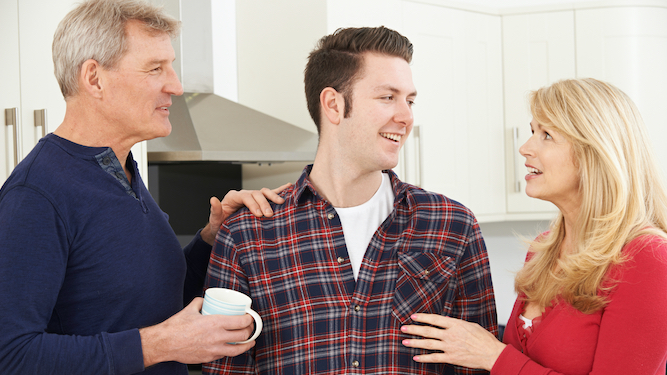 DID you enjoy the undivided attention of your parents? Have you turned out to be an insufferable adult? Here’s how it f**ked you up.

You’re a f**king nightmare in relationships

If your parents poured their every waking second into keeping you happy, you’ll expect your partners to do the same. Cue them leaving you after three months because you accuse them of having an affair every time they spend more than five seconds looking at their phone.

Due to not having to play a constant game of survival of the fittest with your siblings, both physically and emotionally, you don’t have an ingrained understanding that other people are twats. You’ll be devastated and defenceless when some sociopath at work undermines you in front of your boss and nicks your promotion.

You’re incapable of looking after yourself

Having the undivided attention of your parents sounds good, but ultimately leaves you incapable of functioning as an adult because you never had to do anything for yourself. Not knowing how to use a washing machine or cook a meal is blissful as a teenager but deeply unattractive in a 30-year-old.

You represent your mum and dad’s only shot at parenting success, so you become an uptight perfectionist who people struggle to like. Essentially your parents have created a self-fulfilling prophecy as you fail to attract friends or romantic partners because you’re such a pain in the arse.

You always got your own way as a child and still have tantrums when you don’t as an adult. While this will probably lead to your current partner chucking you out, your doting parents will always be there to remind you you’re the most special and brave little soldier in the world.