A COUPLE with two children under eight have been watching The Revenant every night for the last two weeks because the kids will not stay the f**k in bed.

Emma and John Bradford began watching the film at 9.46pm on Thursday July 1st because they could not be arsed with Dragons’ Den, and finished it at 10.55pm yesterday.

Emma said: “They work as a tag team. Whenever one’s tucked up it’s the other one’s turn to come down.

“First there’s the random questions. Do they really need to know what their chin’s for, how socks are made or what colour a female duck is at f**king half-nine at night?

“Then there’s the endless illnesses they seem to get between the hours of 8pm and 10pm. Tummy aches, twitchy feet, hurty eyebrows and sore throats all miraculously gone by the morning.

“And all the other stuff stopping them from sleeping. They’re too hot, too cold, too itchy, starving hungry or their pyjamas are too pyjamary.

“Apparently we paused the film 286 times and watched it in slices of between 13 minutes and four seconds. I have no idea what happened. I think Leonardo DiCaprio was in it.”

Man who can't teach does 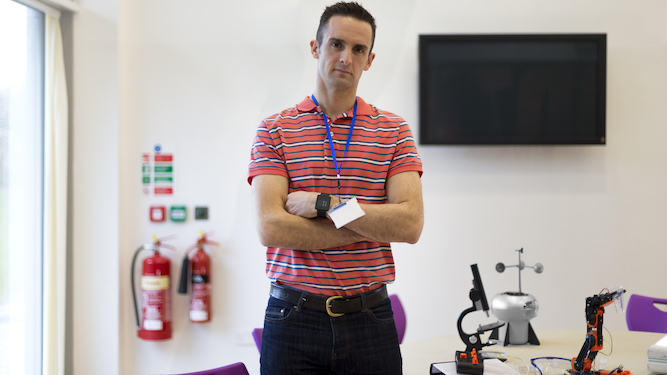 A MAN who proved himself no good in any other area of life has been similarly useless at teaching.

Tom Logan, a failed actor, writer, musician, entrepreneur and officer worker assumed trying his hand at teaching would be simple.

However, after four years actually working at a school, colleagues and pupils alike have suggested he may have overestimated his capabilities.

Fellow teacher Donna Sheridan said: “The first suggestion to me that all was not well with Tom’s abilities was when he threw a blackboard eraser at one of the pupils. That may have been his experience of school discipline in the 1970s but it’s not how things are done today.

“We don’t even use blackboards anymore at so I’m not even sure why he brought it in, except as a weapon.

“As for his teaching, he completely ignored the modules and put on a History Channel documentary about the Nazis, then disappeared for 40 minutes for a cigarette break.”

Logan said: “They told me I was woefully inadequate but would I stay on for the next three years? No other bastard will do the job.”