Pitbull 'just does worst bits of his songs'

RAPPER Pitbull has admitted he only ever performs the shittest bits of his records.

Pitbull, who is currently at number one with erectile dysfunction anthem Timber, said: “I work with singers who have a smattering of talent, contributing the unlistenable bits between verses where I talk about how great I am.

R&B singer Ne-Yo, real name Nelson Yo-Yo, said: “I assumed he was a studio technician, then when I came back from a smoke break he’d recorded awful raps all over my track.

“But they were so dire that when my chorus came in people were dancing and punching the air for sheer relief.

“That’s why we’re all so keen to work with Pitbull. He makes you seem ten times the artist you actually are.” 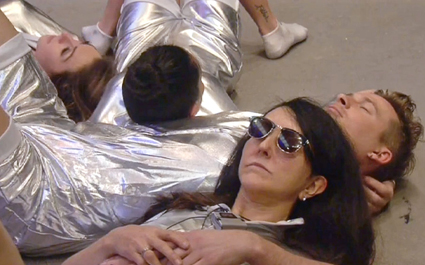 VIEWERS of Channel 5’s Celebrity Big Brother have been scrubbing themselves all night but still feel dirty.

Emergency services were overwhelmed with calls from CBB watchers, many of whom described a sensation like having a layer of wet cockroaches beneath their skin.

Mother-of-two Emma Bradford was admitted to hospital with severe chafing after a three-hour session with a loofah.

She said: “I close my eyes and all I see is that hip hop homunculus from N Dubz, Liz Jones and her off the The Apprentice merging into a nightmarish blob of limbs like a twat version of the creature at the end of The Thing.

“I thought it would be titillating exploitative entertainment with nudity and mental breakdowns, just normal telly. But it’s something darker, much darker.

“The darkness is in me now.”

Plumber Tom Logan said: “I’ve just watched someone from something called Blue going into a bathroom, ostensibly to have a wank.

“I chose to do that by turning on my television set, making the appropriate channel selection and then sitting in front of it.

“Now my skin smells of rotten peaches and when I enter the kitchen the dog hides under the table.”