ROBBIE Williams wants your nan to give him £15 for an album he took no pleasure in making and she will get no pleasure from listening to.

Williams’s new CD, a double album of new Christmas songs and old standards, has been produced because he has a house in Los Angeles the upkeep of which does not pay for itself.

A spokesperson for the singer said: “Your nan doesn’t have to give us the money herself. You could buy it for her. That’s why we called it The Christmas Present.

“But either way money’s changing hands, and it’s coming from you to us.

“Is it any good? You know, that’s something I don’t think any of us considered during the entire process of recording, promoting and release. I don’t think it’s relevant.

“What’s important here is that it’s a new album by Robbie, that your nan will vaguely want it, and that £15 will change hands in a way it rarely does in the music business these days.”

“Or am I thinking of that Michael Bublé? No. No, he’s the one who can sing.”

Who are you blaming for Labour's loss? 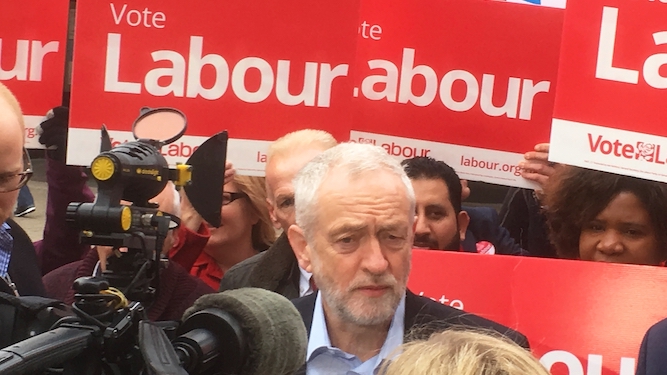 LABOUR suffered their worst electoral loss since 1987 last week, and logically it must be someone’s fault. Who are you blaming?

When offered a clear choice between the most promise-filled manifesto ever written and a charlatan who offered nothing but an outdated, boring Brexit, voters made the wrong choice. They should hang their heads in shame.

The Liberal Democrats not only ran against Labour in seats Labour wanted to win, they called the whole election in the first place by refusing to install Jeremy as acting prime minister. How will they live with themselves, after this?

The entire nation was teetering on the edge of a landslide for Labour when several snippets of out-of-context footage of BBC reporters showing bias were circulated on Twitter by angry Labour activists. Subsequently Labour lost. That can’t be a coincidence.

By forcing the party to back a Brexit referendum, Labour lost tens of thousands of Brexit voters and the election. Remain voters would have backed Labour anyway, because of trust. McDonnell should rename himself Judas.

A vote for Boris Johnson was a vote for racism, while a vote for Labour was a vote for anti-racism because nobody believed those ridiculous anti-Semitic smears which were all from lying Tory Jews anyway.

The election loss was nothing to do with Jeremy Corbyn, this kind man, this gentle man, this decent, honest, principled, caring, man who’s been on the right side of history for 30 years. This sincere, dedicated, compassionate, decent again, virtuous, wonderful, man. Not him.