Seven films everyone loved that are properly shit

DO you sometimes feel highly successful, critically praised movies are in fact a load of f**king shite? Like these?

A charming, catchy-song-filled, retro-themed classic, or so people would have you believe. In reality a bunch of delinquent greasers shagging and street-racing who if they lived in your neighbourhood you’d want them all on ASBOs. Olivia Newton-John looks much nicer in pretty summery clothes and every teenager is about 35.

Nine hours, or 11 hours in the extended versions, of beardy bullshit. Everyone’s in robes, they all claim to be following rules of magic and lore that are never explained, and the whole story’s quite clearly made up as it rolls along. And it won shitloads of Oscars.

So big at the box office in 1991 it was breathlessly discussed outside the cinema as people attempted to solve the mystery. But it’s such a weird gumbo of every JFK assassination theory rocketing past at breakneck pace you don’t have time to think ‘Hang on, this is bollocks’.

Any Fast and Furious film

Can you even remember what the f**k is going on in these? They made sense when about street racing but once Vin Diesel’s dragging a safe behind a humvee breaking all the laws of physics they’re at once completely nonsensical and obsessed with their own continuity.

Gritty and gruelling with incredible production values and a cool bear. Unfortunately the story is ‘Try not to die, Leonardo’. That’s it.

A double-entry for James Cameron for this hideously lurid mess of a movie, full of insane flappy dragons and giant Smurfs, like dropping three tabs of acid at 11.30am and watching five tellys showing five different children’s channels. There are sequels coming. And you’ll probably queue up to f**king watch them.

Prince Andrew: 'From 2000 to 2002 I never left the premises of Pizza Express in Woking' 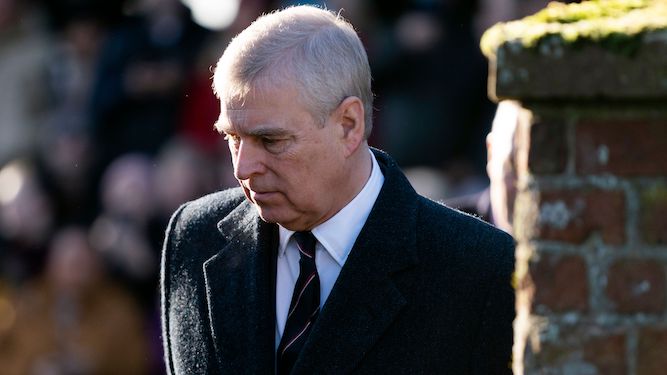 PRINCE Andrew has defended himself against charges of sexual abuse by asserting that for three years he was solely resident in a Surrey pizza restaurant.

In answer to a civil lawsuit filed in the US, the Duke of York claimed that he entered the premises of Pizza Express in the town on February 1st, 2000 and found it so congenial he stayed for a further 35 months.

He continued: “As a member of the Royal Family I am of course entitled to do whatever I like, so after a particularly spicy Diavolo I sat back, looked around and decided this would be my new home.

“It had everything – chairs, servants, food, a space above the restaurant used for storage and administrative purposes which I repurposed, with the aid of a sleeping bag from Millets, as my bedchamber.

“The staff adapted marvellously to becoming members of a Royal household, bringing my breakfast of dough balls, my lunchtime pizzas and my hourly carafes of wine, commenting admiringly on my manners and my uncommmon ability to never break a sweat.

“I met my daughters here, fulfilled my role as a trade envoy from table 18, sampled everything on the menu and generally enjoyed the happiest years of my life, until I suddenly got bored and left.”

He added: “Nobody can prove whether or not any photographs of me elsewhere, or indeed camera footage, have been doctored. They can do that now. I was always in Woking.”