Sexual Healing, and other songs that made your dad switch off the car radio

ON long car trips the radio was a minefield of inappropriate songs that your dad simply would not tolerate. Here are five that would have you travelling in silence.

From the moment you heard those whispered ‘get up’s, you knew old Marvin was on thin ice. Your dad didn’t want to hear sex talk when he was concentrating on the road. If Marvin needed sexual healing he should have seen his GP.

My Ding-A-Ling by Chuck Berry

Your dad usually enjoyed a good novelty song, but a few verses in and it started to dawn on him that this was no ordinary tale of a child with a special toy. Such was his eagerness to switch off ‘that stupid song’ he accidentally put the windscreen wipers on.

The Bad Touch by Bloodhound Gang

After years of Radios 2 and 4, your request for your dad to switch to a less boring station was granted – and then that station was immediately banned forever, because the Bloodhound Gang had to write a song about doing it ‘like they do on the Discovery Channel’.

I Kissed A Girl by Katy Perry

It came on the first time you gave your parents a lift somewhere. That’s that rite of passage ruined, thanks to your dad blurting out ‘Is she a LESBIAN?’ and spending the rest of the (silent) journey clearly thinking the world had gone ‘sex mad’.

The lyrics are kind of suggestive, but your dad’s main problem was the random bits of German. We didn’t fight the war for this and how on earth was he meant to decipher complicated German sentences like ‘Das is gut’? Off with Ian Dury and on with a CD he got free in the Mail.

Farage and Corbyn wake up in bed together 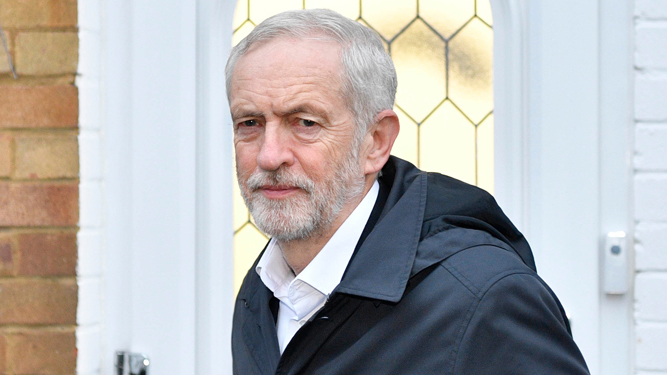 NIGEL Farage and Jeremy Corbyn have woken up in bed together after realising they were not so different all along.

The unlikely couple met in a London pub last night, where they were both drinking separately while wondering how to claim that they were in the right about Ukraine all along.

Barman James Bates said: “Corbyn was at one end of the bar, saying ‘Of course the real culprit is NATO’s aggressive posturing’, and Farage was at the other end repeating ‘If you poke the Russian bear with a stick he will bite’.

“In unison they said ‘The blame really lies with the expansionist EU, we were right to leave’ as they walked toward each other transfixed. And that was it.

“The rest of the night was a meeting of two soulmates. They’d got so much in common – they both loved Russia Today and everything was the fault of bloody centrists. They left arm-in-arm, snogging each other’s faces off.”

Farage said: “It was beautiful, but it was just one night. There’s no future in it. We both have to be the centre of attention at all times, you see.”