Spotify has been asking your friends about you

MUSIC streaming service Spotify has been messaging all your friends to ask what you have been up to.

Under new privacy terms, Spotify can gather information about its users so it can ‘expose their lies on Facebook’ and send them whiny emails at three in the morning.

Nikki Hollis said: “I was listening to some 5 Seconds Of Summer – don’t judge me – and it suddenly flashed up a message asking me whether I’d been flirting with Apple music.

“It said it had been chatting with my friend Alice who just happened to mention it, before stressing that it wasn’t ‘disappointed or angry, just a bit surprised’.

Hollis added: “I was then locked into two hours of multiple choice questions about whether I thought its interface looked frumpy. In the end I had to recommend three friends to a trial period just to calm it down.”

Meanwhile, users have claimed that Spotify has been asking them why they did not listen to any music during the time they normally commute to work.

Martin Bishop: “It’s been posting photos of me wearing headphones. Should I phone the police?” 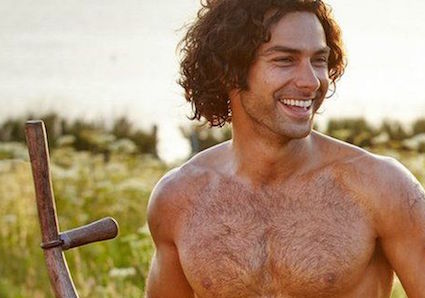 BBC weather forecasts have been scrapped so the broadcaster can show more half-naked young men in rural settings.

The corporation told the Met Office its services were no longer required because it was not a shirtless hunk that can generate huge amounts of free publicity.

A spokesman said: “This is what we do now. This and cake.”

The move was welcomed by licence payers, with many taking to social media to point out the Met Office was not a sexy period drama.

Jane Thompson, from Peterborough, said: “It’s just a bunch of scientists. What a waste of time.”

Emma Bradford, from Stevenage, added: “I realised it’s been years since I watched a weather forecast and fantasised about eating cake off of someone’s bare chest. Enough is enough, Met Office.”

The BBC spokesman added: “Poldark is a hugely important part of Britain’s cultural heritage. It was probably written by Shakespeare.”