THE mating season for nerds has begun early with the release of the new Star Wars trailer.

Nerd mating usually starts at the beginning of June at the Download Festival, but the new trailer has left them unable to contain their desires.

Star Wars fan and IT expert, Martin Bishop, said: “As soon as I saw it, I messaged the girl I’ve been talking to online for the last four months and said ‘Are these the droids you are looking for?’ and she knew exactly what I meant.’

Sci-fi fan Mary Fisher said: “I just had to message my husband and say ‘Meet me in the Dagobah System in 30 minutes’.

“And my boss at the IT company I work for just said ‘May the force be with you’ with a knowing wink and a smile’.

She added: “We’re going to call the baby ’Admiral Ackbar’.” 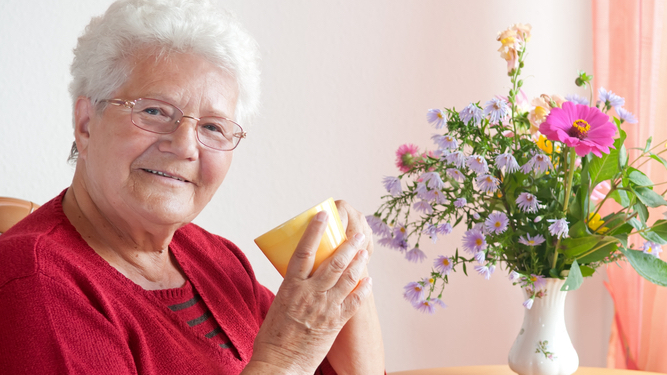 A PENSIONER who is distressed by the decline of her local high street had a bitter grievance against every shopkeeper when they were still in business.

Mary Fisher frequently harks back to when there were lots of small retailers, apparently forgetting she intensely disliked the owners or believed they were crooks.

She said: “The high street used to be all little shops, like our local butcher. Mind you, he was always trying to cheat you. I could see him pressing down on the scales.

“Mrs Burling used to have a wool shop on the parade. That woman was a pain. She could talk the hind legs off a donkey. And from what I heard, she’d probably sleep with it too.

“Yes, it’s been terrible the way the high street has declined. The hardware store closed down years ago. It’s sad, but he did used to water down his paint.

“Now it’s just two huge supermarkets. They’re too big and impersonal, but at least the staff can’t handle the food with dirty fingernails like Mr Webb the fishmonger. He was a filthy bugger.”

Fisher’s granddaughter Lucy said: “From what Nana says, we shouldn’t be protecting the local high street, we should be bulldozing it and building a massive Asda.”