Stone Roses to split up and reform live on stage

ALMOST a quarter of a million people will see legendarily argumentative band The Stone Roses part and get back together live in Manchester this weekend.

The Roses were the leading lights of a Madchester music scene characterised by baggy clothing, unstinting drug abuse, and intense loathing between band members.

The Heaton Park concert/drama is set to begin with the seminal I Wanna Be Adored, during which drummer Reni will smash singer Ian Brown on the back of the head with a splash cymbal.

Brown, wielding a microphone stand like it is a sword, will retaliate by belting Reni across the shins so hard that the drummer starts dry-heaving. Other band members will attempt to intervene with tepid middle-aged punches, at which point they will be joined on stage by lawyers.

Brown’s legal representative will announce the dissolution of the band, after which the band and stage backdrops will be changed so that it can continue as a solo concert.

But two minutes’ into his first song a shamefaced Mani and the other Stone Roses will be lowered reluctantly onto the stage in a specially-built ‘reconciliation cage’.

After a brief group hug the event will resume as a Stone Roses concert.

Fan Wayne Hayes said: Hopefully they will break up and get back together again between I Am The Resurrections false endings.

Concert promoter Tom Booker said: Detesting the people who you’re condemned to spend your whole life working with is the signature of Manchester music. Look at New Order.

Southern bands just can’t loathe each other with the same intensity. Alex James and Damon Albarn have to be nice to each other because their wives bake organic yoga bread together or something.

But the ultimate reunion would be The Smiths. God, just to see that level of sheer incandescent hate together on the same stage, the seething resentment, the festering grudges… I doubt they’d even make it through a song. 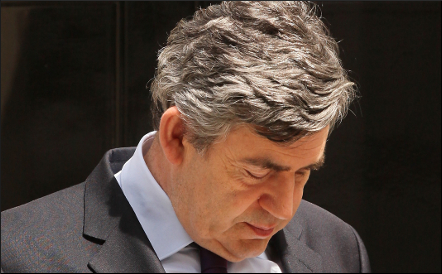 ‘Scottish git’ employed aides to hurl epithets that could have been delivered vigorously and without charge by members of the public.