NEW BBC director general Tim Davie has promised to reflect the views of all audiences, including Brexiters. Leave voter Donna Sheridan runs down her dream line-up:

I know a few people from the East End and they’re not living in racial harmony with all colours and creeds, believe you me. Focus on the indigenous Cockneys and spend entire episodes focusing on their vision of Britain’s future. White.

I’m sick of having liberal propaganda rammed down my throat by satirical shows I don’t watch. Let’s have some proper comedy instead, like The Two Ronnies. I haven’t seen it since I was four, but they never had a go at Brexit so it must be non-stop f**king hilarious.

The BBC needs to end bias by being 110 per cent behind Brexit. I know they’re not outwardly critical of Brexit, but you can tell by the tone of voice. And why is a foreigner like Huw Edwards reading the news when Nigel Farage could do it? He’s available.

I like Luther, but does he always have to be black? I think the crimes are a bit boring as well – it’s always serial killers when he could be investigating something vital like Syrian asylum seekers who claim to be 16 when they’re actually 19.

There should be a Royal wedding every Saturday. No ifs, ands or buts. It’s what the country wants.

Why should little ones miss out on Brexit? The Teletubbies could endlessly repeat baby words like ‘sovwinty’, much like grown-up Brexiters. And f**k that gay handbag bollocks.

Every Night is the Proms

Every night the BBC should celebrate Britain with brilliant tunes like Rule Britannia, Land of Hope and Glory, No Surrender to the IRA and the Archers theme. I wouldn’t watch it because I hate all that classical shit but it should be on anyway. 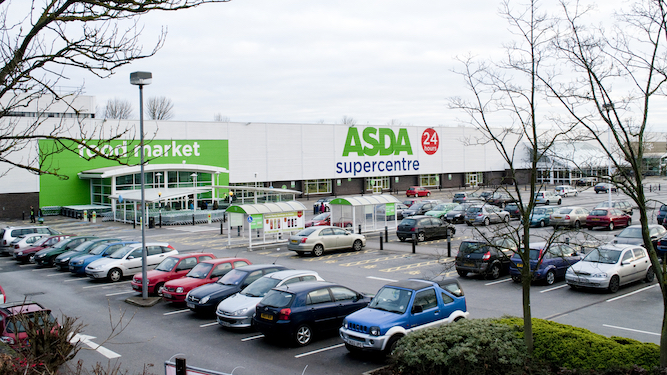 BIG Asdas have topped this year’s list of top holiday destinations because of their spacious car parks, friendly locals, and huge range of things that shut kids up.

Families unable to go abroad and priced out of staycations have instead been holidaying in the low-cost supermarket giant and telling their children it is a theme park.

Mum-of-three Eleanor Shaw said: “It’s been a complete bloody godsend. We’re a Waitrose family so this is like a foreign country to the kids.

“We barely have to leave the M5 for it, there’s two floors and 80 aisles to explore, and the George section is a day out in itself.

“Most days we left the little ones in Kids’ Club, which is what we call the Tupperware aisle, to play while we relax by the clothing bank in the car park with a box of wine. Very reasonably priced, but then this is a third world country.

“Going up and down the travelators is the equivalent of a water park, there’s endless cheap plastic tat to play with and they get as much Capri-Sun as they can drink. It’s paradise.”

Husband Chris Shaw said: “Our games of hide-and-seek last all day, especially when I’m hiding. God, I could play that game forever. I hope we never have to leave.”