THERE is not a single real dinosaur or pirate in any of Britain’s theme parks, it has emerged.

Researchers found that despite bold claims to the contrary, no tourist destination in the UK could muster a real seagoing thief or giant prehistoric lizard.

Leisure analyst Mary Fisher said: “You are led to believe these places will have dinosaurs and pirates but they don’t.

“One flyer for Exmouth World of Fun baldly states ‘Meet a T-rex and sail with swashbuckling Captain Heartless the pirate’.

“The dinosaurs were cheap automatons with limited jerky movements and their ‘pirate’ was an actor who I’ve seen doing a small role in daytime soap Doctors.

“An advert for a sad farm park in Wales says in jazzy writing ‘Go back to the Jurassic age in our dino garden’ and ‘Pirates!’

“In this case the ‘pirate’ was just a picture of a pirate while the dinosaurs were made of clay and looked more like dogs.”

An estimated 98% of UK tourist attractions use the promise of dinosaurs and pirates to attract young children.

Fisher said: “Having visited every theme park in the UK I can only conclude that dinosaurs have actually died out. 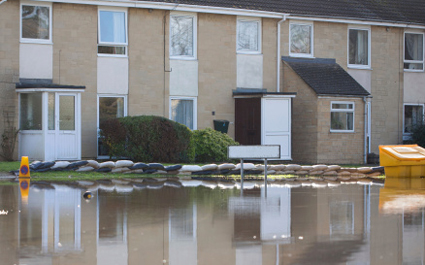 THE Daily Mail has called on the government to stop sending money to poor foreigners when it could be used to replace carpets right here in Britain.

In a hard-hitting editorial the paper said ‘British carpets must always come first’ and that most foreign aid was used to build Chinese spaceships.

Meanwhile, the Mail underlined the horrifying extent of Britain’s humanitarian crisis by illustrating its story with a photo of a moist BMW.

Martin Bishop of Didsbury, said: ”I’ve only had this carpet six months and now it’s all soggy. I’m really unhappy, but the government won’t even buy me a new telly.”

His wife Sarah added: ”How many BMWs have to get wet before the government stops trying to impress stupid African babies?”

Professor Henry Brubaker, from the Institute for Studies, said: ”People who don’t have flood insurance either didn’t ask for it, which is mentally defective, or were denied it, which should have caused the first faint stirrings of something being amiss.

”If we are going to use foreign aid money, perhaps we could make a film about how not to buy a house on flood plain.

He added: ”Meanwhile, you can still do your bit for Britain. If you meet someone today who has signed the Mail’s petition, try your very best to urinate on their legs.”