Ukraine to win, Britain nul points: Your guide to the Eurovision popularity contest

EUROVISION is just around the corner, but how will it go down? As predictably as you expect, so like this:

Ukraine’s entry could fart into a kazoo for three minutes and they’d still be showered with douze points. So credit to them for actually submitting a song you’d almost consider listening to recreationally. Let’s just hope their win doesn’t spark World War 3, because that’s really against the spirit of Eurovision.

We’re the polar opposite of Ukraine. If we unleashed a top-tier banger then the rest of the continent would fail to acknowledge its greatness. Even Ireland won’t feel the need to chuck a couple of pity points our way now that Sinn Féin is laying the foundations for unification. We should stop bothering, even if we miss out on rare talents like Scooch.

Sitting around watching hour after punishing hour of crap music does not count as a party, but that’s what your host will insist on calling it. Spoil their fun by recreating Brexit: slag off every mainland European country using dated stereotypes, storm out, then complain it’s not fair you’re not at the party.

The results will drag on way too f**king long

In 2022 the countries should be able to submit their scores instantly at the push of a button. Non. You’ll be forced to sit through dozens of people slowly reeling off a list of places and numbers. Skip the tedium by getting an early night. It’s not as if you’ll wake up in the morning and discover we won and you missed it.

Russia will host and win its own song contest

Having been banned from this year’s Eurovision, Russia will hold its own in Moscow. Only Russia will be allowed to enter, and songs will be about Putin’s manliness, the efficiency of the motherland’s gas pipelines, or the strength of the rouble. Russia will win a billion points and declare victory over everything forever. The winner will still be utterly shit pop-folk by people dressed as enormous wankers, though. 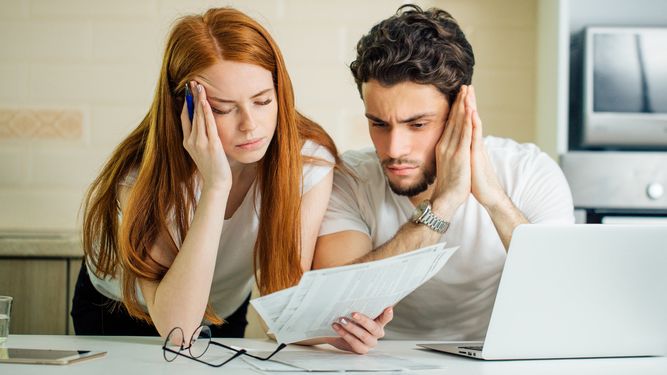 THE government could not be less interested in the cost-of-living crisis. But people keep asking about it, so MP Martin Bishop has some ideas.

Turn off the internet at night

Nobody uses the internet at night, apart from lazy work-from-homers binge-watching Netflix before their noon start the next day. So let’s turn it off at 10pm, saving billions in electricity and data bytes on household bills. If broadband providers pass on the savings. We’ve left that up to them.

Sick of paying £82 for a passport? Also sick of foreigners and their sneering refusal to recognise Brexit means we’re better? Cash in by not getting a passport, refusing to waste money and time outside our shores, and get a £15 bonus every three years. Ker-ching.

Which isn’t to say no more cars. Rather we are unshackling motorists from the tyranny of the highways and their bewildering laws, most of which are the EU’s fault. From now on you can drive wherever you wish and take shorter as-the-crow-flies routes across fields, gardens and playgrounds, saving petrol.

Wear-and-tear on shoe soles is one of the biggest costs hypothetical jobseekers face annually. A new app allows you to log every legitimate step walked while searching for employment and claim the cost back at 0.01p a mile. That cash is going right in your back pocket.

Finances drained by a friend not paying for their round? Simply apply, along with a minimum of four co-applicants, for a injunction with receipts for all rounds bought in a three-year period and receive an average of the money you’ve been cheated out of as a rebate. That’ll cover the bills.

90 per cent off all fines for corporate criminal liability

Found guilty of criminal liability at one of the public limited companies you run? Looking at losing the house in the Cotswolds you own through a system of shell companies? Get 90 per cent off that fine and rest easy. Because the Tories know what matters to ordinary people.